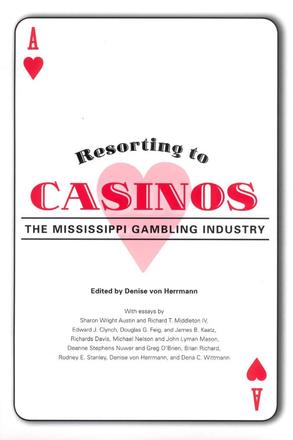 After the devastation Hurricane Katrina wrought on Mississippi's Gulf Coast casinos, media nationwide reported the loss in revenue the state was bound to suffer. From just those casinos shut down or destroyed by the storm, $500,000 in tax revenue had poured into Mississippi's coffers every day.

The phenomenal growth of the Mississippi casino resort industry has attracted substantial interest from industry observers, public officials, politicians, and public interest groups. This book seeks to begin the conversation about the effects the industry and its dramatic growth have had on the politics, culture, and people of Mississippi.

Prior to the casinos' arrival in mid-July of 1992, the river and coastal regions of Mississippi were mired in economic recession. Unemployment was high, incomes were low, and prospects for improvement were dim. One state economic developer said the decision to authorize casinos was "born more out of desperation" than any ingenious plan.

As the third largest casino gaming market in the United States before Katrina, Mississippi today has a more than ten-year history with the casino industry. The twenty-nine non-Indian casino properties generated nearly $3 billion in gross gaming revenues, resulting in about $330 million in direct gaming taxes to the state.

Resorting to Casinos provides insight into the ongoing debate as to how well the casino industry and Mississippi fit together. Political scientists, economic developers, sociologists, and policy analysts provide essays on such topics as the casino workplace, casinos and crime, the historical and cultural influences of casinos, and the economic ramifications. It provides the first multidisciplinary examination of the casino resort phenomenon in Mississippi.

Additional information updates new gaming laws in Mississippi that will allow casinos to build inland on the Gulf Coast. Editor Denise von Herrmann looks at the legislative battle fought in Katrina's aftermath and the future of gaming across the state.