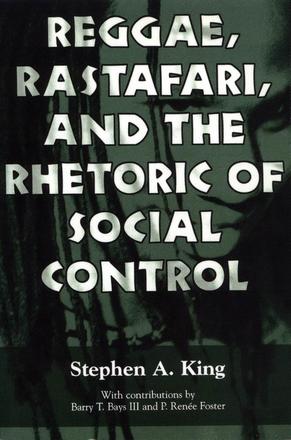 Reggae, Rastafari, and the Rhetoric of Social Control

By Stephen A. King

Who changed Bob Marley's famous peace-and-love anthem into "Come to Jamaica and feel all right"?

Drawing on research in social movement theory and protest music, Reggae, Rastafari, and the Rhetoric of Social Control traces the history and rise of reggae and the story of how an island nation commandeered the music to fashion an image and entice tourists.

Visitors to Jamaica are often unaware that reggae was a revolutionary music rooted in the suffering of Jamaica's poor. Rastafarians were once a target of police harassment and public condemnation. Now the music is a marketing tool, and the Rastafarians are no longer a "violent counterculture" but an important symbol of Jamaica's new cultural heritage.

This book attempts to explain how the Jamaican establishment's strategies of social control influenced the evolutionary direction of both the music and the Rastafarian movement.

From 1959 to 1971, Jamaica's popular music became identified with the Rastafarians, a social movement that gave voice to the country's poor black communities. In response to this challenge, the Jamaican government banned politically controversial reggae songs from the airwaves and jailed or deported Rastafarian leaders.

Yet when reggae became internationally popular in the 1970s, divisions among Rastafarians grew wider, spawning a number of pseudo-Rastafarians who embraced only the external symbolism of this worldwide religion. Exploiting this opportunity, Jamaica's new Prime Minister, Michael Manley, brought Rastafarian political imagery and themes into the mainstream. Eventually, reggae and Rastafari evolved into Jamaica's chief cultural commodities and tourist attractions.

Stephen A. King is associate professor of speech communication at Delta State University. His work has been published in the Howard Journal of Communications, Popular Music and Society, and The Journal of Popular Culture.

Other Books By Stephen A. King 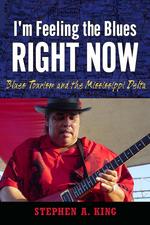