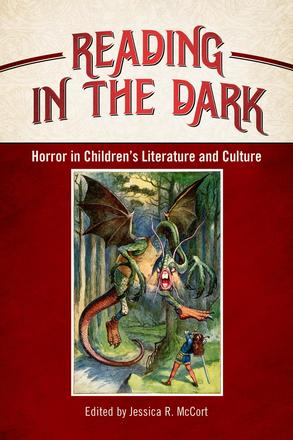 Reading in the Dark

Horror in Children's Literature and Culture

Considerations of horror from Struwwelpeter to Coraline, Shrek, and Monsters, Inc.

Dark novels, shows, and films targeted toward children and young adults are proliferating wildly. It is even more crucial now to understand the methods by which such texts have traditionally operated and how those methods have been challenged, abandoned, and appropriated. Reading in the Dark fills a gap in criticism devoted to children's popular culture by concentrating on horror, an often-neglected genre. These scholars explore the intersection between horror, popular culture, and children's cultural productions, including picture books, fairy tales, young adult literature, television, and monster movies.

Reading in the Dark looks at horror texts for children with deserved respect, weighing the multitude of benefits they can provide for young readers and viewers. Refusing to write off the horror genre as campy, trite, or deforming, these essays instead recognize many of the texts and films categorized as "scary" as among those most widely consumed by children and young adults. In addition, scholars consider how adult horror has been domesticated by children's literature and culture, with authors and screenwriters turning that which was once horrifying into safe, funny, and delightful books and films. Scholars likewise examine the impetus behind such re-envisioning of the adult horror novel or film as something appropriate for the young. The collection investigates both the constructive and the troublesome aspects of scary books, movies, and television shows targeted toward children and young adults. It considers the complex mechanisms by which these texts communicate overt messages and hidden agendas, and it treats as well the readers' experiences of such mechanisms.

"Though each individual essay presents a depth of knowledge on its chosen subject, the collection suggests that, though horror certainly exists within children's literature and culture, scholars should expand how they think about genre in order to open up potential lines of inquiry"

- Sara Austin, The Lion and the Unicorn

"Reading in the Dark . . . may well refer to the impossible art of attempting to read a scary book in the darkness under the covers, or the act of reading the darkness within stories, as these collected critics attempt to do here, with enlightening and insightful results. As a series of explorations of what McCort calls 'the dark aesthetic,' the collection not only succeeds but manages to break new critical ground. "

"Horror in children's literature has an interesting past and the potential for a promising future, particularly in promoting literacy and engaging young readers. This book explores a bit of that timeline while evaluating horror's influence on childhood, offering an excellent addition to horror studies. "

"Reading in the Dark is an ambitious reconfiguring of horror and children's literature, reaching back to our earliest texts and pretexts. True to the title, the chapters in this collection are about both the impossible (reading in the dark) and about the giddily terrified welcome we have given to our monsters since our earliest days, as we read the dark into our fairy tales, our picture books, our films, our poetry, and our prose. " 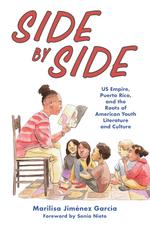