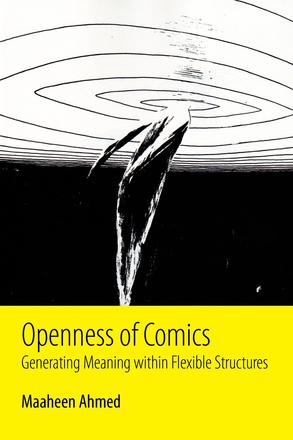 Never before have comics seemed so popular or diversified, proliferating across a broad spectrum of genres, experimenting with a variety of techniques, and gaining recognition as a legitimate, rich form of art. Maaheen Ahmed examines this trend by taking up philosopher Umberto Eco's notion of the open work of art, whereby the reader—or listener or viewer, as the case may be—is offered several possibilities of interpretation in a cohesive narrative and aesthetic structure. Ahmed delineates the visual, literary, and other medium-specific features used by comics to form open rather than closed works, methods by which comics generate or limit meaning as well as increase and structure the scope of reading into a work.

Ahmed analyzes a diverse group of British, American, and European (Franco-Belgian, German, Finnish) comics. She treats examples from the key genre categories of fictionalized memoirs and biographies, adventure and superhero, noir, black comedy and crime, science fiction and fantasy. Her analyses demonstrate the ways in which comics generate openness by concentrating on the gaps essential to the very medium of comics, the range of meaning ensconced within words and images as well as their interaction with each other.

The introduction sets the tone for the whole volume: in clear and methodical but still very attractive prose, Ahmed explains precisely what she means by ‘openness’ (via Umberto Eco) and what to expect from the following pages. Transitioning to the usefulness of openness as an analytical tool in literature more broadly, and then to its relevance to comics theory, readers will encounter both the familiar and the new, and discover precisely how innovative Ahmed’s approach is, and thus how potentially game-changing Openness of Comics is for the field.

Openness, and the notions of ambiguity and reader-generated meaning that it encapsulates, is central to the very way comics work. This book presents the concept coherently, before giving a mouth-watering overview of examples that draw upon comics from a wide range of genres, national traditions and languages, and time periods. We are left feeling that we understand comics as we never did before, or at least if we don't, then we now understand why we don't understand.

- Laurence Grove, author, editor, or coeditor of eleven books, including Comics in French: The European Bande Dessinée in Context and Comic Invention

Maaheen Ahmed's Openness of Comics is exactly the sort of book comics studies needs. It is theoretically sophisticated, making an original, convincing use of the concept of 'openness. ' This conceptual breakthrough will be of interest to anyone who thinks about comics and will shape future scholarship. Ahmed also discusses a wide array of American and European comics, many of which have not hitherto received the detailed analysis they deserve. Comics scholarship is coming into its own as a field of study, and this book is on the cutting edge of that field.

Other Books By Maaheen Ahmed 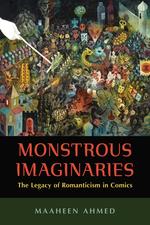