Fifteen conversations ranging from 1981 to 1997 with the controversial filmmaker of Born on the Fourth of July, JFK, Natural Born Killers, and Platoon

Throughout his career Oliver Stone (b. 1946) has broken traditions and challenged audiences with a series of daring, angry, violent, and often confrontational films. Politically charged movies such as Nixon (1995), JFK (1991), and Wall Street (1987), and his Vietnam trilogy of Platoon (1986), Born on the 4th of July (1989), and Heaven and Earth (1993) provoke and enrage critics and audiences from all ideological walks. In a short time, Stone has established himself as one of the most admired and most reviled directors in American cinema.

Ranging from 1981 to 1997, the fifteen conversations featured in Oliver Stone: Interviews reveal a man frustrated by what he sees as the hypocrisies of American politics, of conservatism, and of the Hollywood film industry. But the conflicts and tensions these issues generate spellbind him.

In the interviews, Stone comes off as a man as brash, outspoken, confident, and complicated as his movies. His obsessions -- the 1960s, the ways in which Vietnam shaped the country, the nature of violence, and the role of the media in shaping it -- resurface again and again, no matter what film Stone is discussing.

Though the subjects of Nixon, JFK, Born on the 4th of July, The Doors (1991), and Heaven and Earth are rooted in the turbulent 1960s, Stone as interviewee and filmmaker is firmly entrenched in the present. He fiercely discusses how the attitudes and political effects of the 1960s have defined later decades and generations, as he talks about his satire of the stock market (Wall Street, 1987) and media exposure (Natural Born Killers, 1994). Bolts of the director's raw wit and enthusiasm for the cinema shine through all of Stone's ferocious rage.

Stone loves writing as well as directing. Whether discussing his screenplays written for other directors -- which include Scarface (1983), Midnight Express (1978), or Conan the Barbarian (1982, with director John Milius) -- or his own films, Stone emphasizes how crucial screenwriting is to making great movies. "Directing is a natural extension of writing," he says in a 1987 interview with Michel Ciment. "A director can always pull through with noise everywhere and his colleagues around. I don't think a good director can make a good film with a bad screenplay, but a bad director can deliver an acceptable film if he has a good screenplay. So for me, that's the number one priority. "

Charles L. P. Silet is a professor of English at Iowa State University. 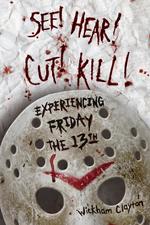 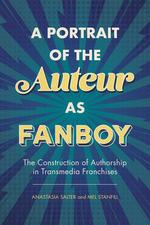 A Portrait of the Auteur as Fanboy