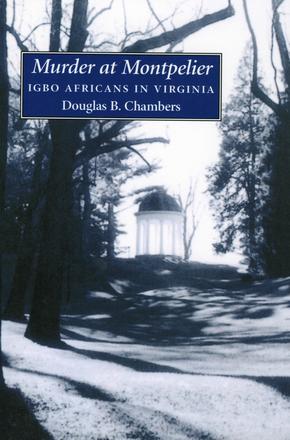 By Douglas B. Chambers

In 1732 Ambrose Madison, grandfather of the future president, languished for weeks in a sickbed then died. The death, soon after his arrival on the plantation, bore hallmarks of what planters assumed to be traditional African medicine. African slaves were suspected of poisoning their master.

For Montpelier, his estate, and for Virginia, this was a watershed moment. Murder at Montpelier: Igbo Africans in Virginia examines the consequences of Madison's death and the ways in which this event shaped both white slaveholding society and the surrounding slave culture.

At Montpelier, now owned by the National Trust for Historic Preservation and open to the public, Igbo slaves under the directions of white overseers had been felling trees, clearing land, and planting tobacco and other crops for five years before Madison arrived. This deadly initial encounter between American colonial master and African slave community irrevocably changed both whites and blacks.

This book explores the many broader meanings of this suspected murder and its aftermath. It weaves together a series of transformations that followed, such as the negotiation of master-slave relations, the transformation of Igbo culture in the New World, and the social memory of a particular slave community. For the first time, the book presents the larger history of the slave community at James Madison's Montpelier-over the five generations from the 1720s through the 1850s and beyond. Murder at Montpelier: Igbo Africans in Virginia revises many assumptions about how Africans survived enslavement, the middle passage, and grueling labor as chattel in North America. The importance of Igbo among the colonial slave population makes this work a controversial reappraisal of how Africans made themselves “African Americans” in Virginia.

Other Books By Douglas B. Chambers 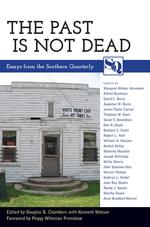 The Past Is Not Dead 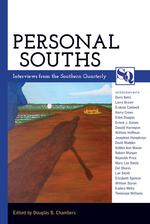