The Story of Walt Disney Records

Around the world there are grandparents, parents, and children who can still sing ditties by Tigger or Baloo the Bear or the Seven Dwarves. This staying power and global reach is in large part a testimony to the pizzazz of performers, songwriters, and other creative artists who worked with Walt Disney Records.

Mouse Tracks: The Story of Walt Disney Records chronicles for the first time the fifty-year history of the Disney recording companies launched by Walt Disney and Roy Disney in the mid-1950s, when Disneyland Park, Davy Crockett, and the Mickey Mouse Club were taking the world by storm. The book provides a perspective on all-time Disney favorites and features anecdotes, reminiscences, and biographies of the artists who brought Disney magic to audio.

Authors Tim Hollis and Greg Ehrbar go behind the scenes at the Walt Disney Studios and discover that in the early days Walt Disney and Roy Disney resisted going into the record business before the success of "The Ballad of Davy Crockett" ignited the in-house label. Along the way, the book traces the recording adventures of such Disney favorites as Mickey Mouse, Donald Duck, Cinderella, Bambi, Jiminy Cricket, Winnie the Pooh, and even Walt Disney himself. Mouse Tracks reveals the struggles, major successes, and occasional misfires. Included are impressions and details of teen-pop princesses Annette Funicello and Hayley Mills, the Mary Poppins phenomenon, a Disney-style "British Invasion," and a low period when sagging sales forced Walt Disney to suggest closing the division down.

Complementing each chapter are brief performer biographies, reproductions of album covers and art, and facsimiles of related promotional material. Mouse Tracks is a collector's bonanza of information on this little-analyzed side of the Disney empire.

Learn more about the book and the authors at www.mousetracksonline.com.

"Long before synergy became a corporate watchword, Walt Disney parlayed his animated films into successful comic strips, toys, and phonograph records. Initially, the studio licensed music from the films to other companies, but after the TV show Disneyland spawned a hit in 1955 with “The Ballad of Davy Crockett,” the company launched an in-house record outfit headed by noted big-band arranger Tutti Camarata. Besides soundtracks, read-along “Storyteller” LPs, and other children's releases, Disney lured Mary Martin and other adult-oriented singers and scored hits with such early '60s teen stars as Annette Funicello and Hayley Mills. Disney's labels cashed in on '70s fads with the double platinum Mickey Mouse Disco LP and the Mousercise workout album, rode into the CD era successfully, and now offer songs for download on iTunes. Hollis and Ehrbar obviously know and love Disney's music; what's more important is their thorough research. Besides detailed accounts of the diverse Disney releases, they provide sidebar biographies of dozens of performers. Though it lacks a discography, this is a valuable, highly readable addition to Disneyana."

"Fills in a missing piece of the Disney legacy . . . and if you're a fan of Disneyana, this is a must-have."

"An amazing and enjoyable read, full of people I know and remember well and yet more whom I wish I’d known. It also brings back a terrific lot of memories of so much wonderful music! How soon, sadly, we forget the amazing talents that contributed to the legacy of Disney music throughout the years. I absolutely appreciate the enormous amount of research—and sweat and love—that went into this book’s making, and I congratulate Tim Hollis and Greg Ehrbar for it. I was glad to be a very small part of it!"

Other Books By Tim Hollis, Greg Ehrbar, and Leonard Maltin

Inside the Whimsy Works 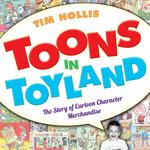 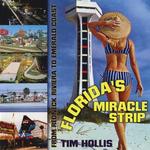 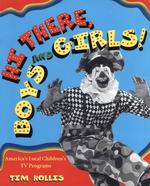 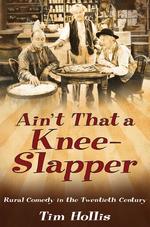