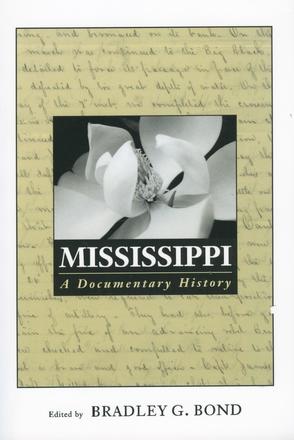 In America's collective imagination, Mississippi, a state that aptly may be described as the most southern place in America, is often deemed a sinister, forbidding landscape. While popular conceptions of other states are evoked by rosy likenesses chosen by promoters of tourism, the mere word Mississippi too often conjures thoughts of brutality, repression, and backwardness. To many outsiders, Mississippi's controversial history continues to resonate in the present.

By allowing divergent historical voices to describe their understanding of events as they were unfolding, this new book of narrative history supports, emends, and even complicates such a vision of Mississippi's past and present. The only book ever to present Mississippi's story in a chronological documentary fashion, it includes a wide variety of public records, newspaper articles, academic papers, correspondence, ordinances, constitutional amendments, journal entries, and other documents.

Collected and placed together, they compose a narrative that reveals the state in all its great diversity of peoples and terrains--free and slave; rich, poor, and middling; coastal, hill country, Delta; black, white, and Native American.

Several chapters, particularly those on antebellum Mississippi and Reconstruction, represent recent scholarly views and correct lingering misconceptions of those years. The editor and compiler has written an introduction to each section and has placed the documents in an appropriate historical context that makes them accessible to students, scholars, archivists, librarians, and lay readers alike.

Although many of these documents are well known, many also have never been seen since their inception. In juxtaposition they offer a striking portrait. The parts and the whole alike show that Mississippi remains ever controversial, ever puzzling, ever fascinating.