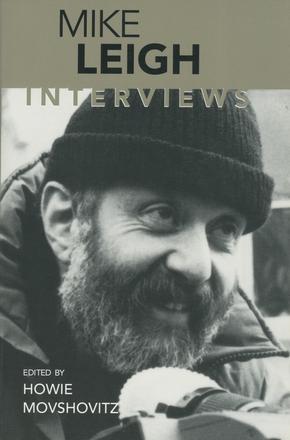 Collected interviews with the British filmmaker of High Hopes, Life Is Sweet, and Secrets and Lies

British filmmaker Mike Leigh began his career in the 1970s as a playwright and theater director. Later he made a number of films of varying lengths for British television and then moved into feature film production. Although well established in the UK, he slowly gained a reputation in the United States, where, at first, his work was known to a relatively small number of filmgoers and critics. Such major films as High Hopes and Life Is Sweet attracted little attention in America. With the release of Secrets and Lies, however, the audience for Leigh's films increased dramatically.

Mike Leigh: Interviews collects published conversations from the past seven years. Not just a close-up encounter with Leigh, they also express both his unusual work style and the emotional and intellectual toughness that characterizes his distinct approach to filmmaking.

As Leigh speaks in these interviews, he reveals what is unique in his work, particularly that his films do not begin with a script. Explaining this approach, he discusses how he begins by assembling a few actors who talk, improvise, create characters, and gradually develop a story that contains their actions. Before the camera rolls, a tentative script is set, but many months may pass before the script is finished and the shooting begins.

Among those he talks with in these interviews are Jay Carr of the Boston Globe, Kenneth Turan of the Los Angeles Times, and Judy Stone, the longtime critic of the San Francisco Chronicle. Leigh is asked to discuss politics, social attitudes, and religion—all of which give his films a unique signature.