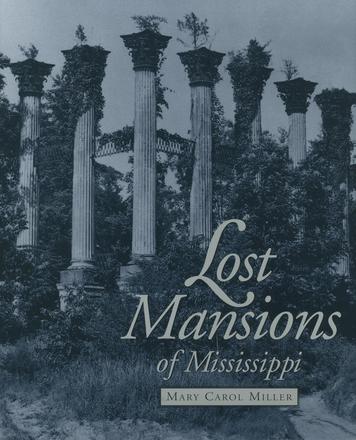 A photographic and historical review of fifty-seven of Mississippi’s most notable antebellum mansions, all long-vanished

Each year thousands of tourists flock to Mississippi to view the state's many architectural treasures, but few realize that these impressive homes are only the faint remnant of a phenomenal legacy. For every mansion that exists, dozens have vanished forever. Most fell victim to fires and neglect. Their sole vestiges may be only a weed-choked lot in a bypassed town or a mysterious row of stately oaks leading nowhere in the middle of a soybean field.

However, these homes have not disappeared without a record. Illustrations, vintage photographs, artists' renderings, and architectural plans trace their history and provide the evocative record of dwellings that once existed along the Mississippi River and the Gulf coasts, in the Delta region, and in other regions of the state.

Over seven decades, from 1790 to 1865, an era of unparalleled prosperity and architectural opulence fostered the creation of magnificent houses in a variety of styles—Federal, Greek Revival, Italianate, and Gothic—that defined the architecture of Mississippi and the South.

Here in this historical survey of showplaces that were destroyed by flames or by wrecking crews, nearly sixty notable houses and the families who lived in them are described. Included are Windsor, Annandale, Ingleside, Malmaison, LaGrange, Morro Castle, The Grove, and many others.

Other Books By Mary Carol Miller 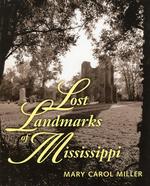 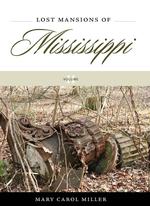