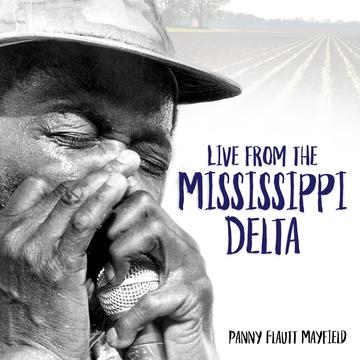 Live from the Mississippi Delta

Spectacular photographs of musicians in the cradle of the blues

Live from the Mississippi Delta showcases a rare collection of photographs and stories about musicians from Robert Plant, B. B. King, and ZZ Top to local guitarists playing gigs on the weekend. Panny Flautt Mayfield, a lifelong Delta resident from Tutwiler and an award-winning journalist, documents multiple decades of blues and gospel music in her native land. Her first book collects over two hundred black-and-white and color photographs from a long career of photographing live music.

Featuring text by Robert Plant in honor of Mayfield, the book opens with him addressing senior citizens gathered in Tutwiler to honor their town as the birthplace of blues. From there, the book proceeds throughout the Delta from juke joints and festivals to blues markers and museums. Mayfield presents images and tales of local icons such as Early Wright, Wade Walton, and the Jelly Roll Kings, as well as international celebrities. She shares intimate photos, including Garth Brooks and Bobby Rush charming elementary school kids in West Tallahatchie, along with insider stories and photos of B. B. King's Homecoming, the Governor's Awards, the Delta Blues Museum, the Sunflower and King Biscuit festivals, and a fascinating side trip to Norway's Notodden Blues Festival, which has a rich sister-city relationship with Clarksdale and the Sunflower Festival.

Years ago volunteer tour guide Shirley Fair announced to visitors that there is a church or a juke joint on every corner in Clarksdale. Those demographics are still mostly accurate. Igniting a high-octane finale are photographs taken at iconic juke joints such as Smitty's Red Top, the Bobo Grocery, the Rivermount Lounge, Po' Monkey's, Hopson, Shelby's Dew Drop Inn, the Rose, Ground Zero, Sarah's Kitchen, Margaret's Blue Diamond, and Red's.

"If you ever pondered the relevance of Mississippi to the history of the blues, this answers the question. Robert Plant's 'mysterious homeland' lovingly revealed"

"Mayfield’s shots are like the very best pics from a very good party. "

A journalist, documentarian, collector of stories and fables--

Charming and erudite she crosses the unspoken divide . . . the social and emotional negotiations everyone must make in the Delta . . .

Her photographs and ledgers are a testimony to the care and love of her peoples, their histories, and their mysterious homeland. "

"The Mississippi Delta is a special place. It's not like any other place. It's a place you feel . . . and you can't really describe that feeling. Many people try to explain it, but it's hard to nail down. Tennessee Williams did it in his plays. You get another glimpse of the Delta listening to Muddy Waters when he was recorded on Stovall Plantation. Now Panny Mayfield has done it with her photos. She has 'the eye' for catching glimpses of the Delta that ring true and give us another view of this enchanting place. I've often said 'the center of the heart of the South is right on Panny Mayfield's front porch. ' If you want to get a feel for it, you can get it from Panny's wonderful photos that capture the spirit of the Delta. "

"Live from the Mississippi Delta is an important and original addition to the literature of the blues. Panny Mayfield offers a unique window on the blues culture of Clarksdale, Mississippi, and its Delta environs over the past three decades or so. A warm-hearted but unsentimental enthusiast, she allows Clarksdale's contemporary blues culture to be the quirky and inimitable place it actually is--a place where a rock star like Robert Plant can find himself photographed in mid-dance-step in a roughhewn black juke. Although I consider myself reasonably conversant with the history of Clarksdale during this period and many of the main figures who show up here, I still learned a lot that I didn't know about the black and white musicians and other blues people encompassed by Mayfield's delightful tour and about the Delta that she knows so well. "

"Panny Flautt Mayfield's book is a journey through years of Mississippi Delta blues history. Filled with rare, personal encounters and unique moments, it proves how close she has been to both people and places. Live from the Mississippi Delta gives me a greater understanding of life in and around the blues, and it shows the importance of Mississippi in the history of blues. This book will have a special place on my bookshelf--and will live with me all my life. " 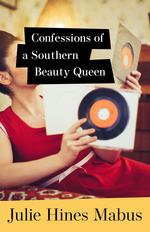