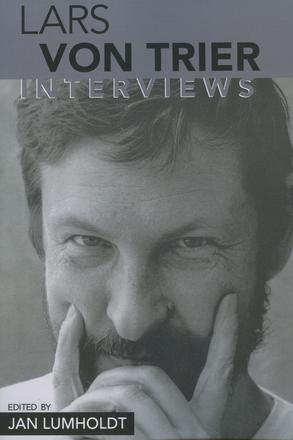 With six entries at the Cannes Film Festival thus far, Lars von Trier has been a Cannes award winner four times. Without question, he is the most intriguing film director to emerge in Denmark since the days of his great mentor in spirit Carl Theodor Dreyer. A relentless visionary, von Trier (b. 1956) has succeeded not only in realizing his projects but also in managing to gather substantial audiences to his films. Breaking the Waves (1996) made him a well-known figure to American audiences, as did Dancer in the Dark (2000), winner of the Palme d'Or at Cannes.

His work on the groundbreaking TV series The Kingdom (1994-97) made him a household name in Denmark. He has continued to stir controversy for his polarizing views on the characters and subject matter of his films, as well as for his film technique. Media attention reached its peak when von Trier created Dogme 95, a movement dedicated to the "Vow of Chastity," which strips cinema of its artifice, flash, and polish.

Rather than being strident or shrill, however, these collected interviews reveal the Danish filmmaker to be impish, forthright, witty, sometimes infuriating, and deeply committed to the possibilities of cinema. The conversations in this collection trace his development from the structured, image-obsessed formalist of The Element of Crime (1984) and Europa (U.S. title Zentropa, 1991) to the control-shunning game master of the 1990s.

Most of these interviews, two previously unpublished, are translated into English for the first time. They begin in 1968, when von Trier was the lead actor in a children's TV series, and end in 2001. Von Trier speaks of his visions, ideals, dislikes, and technical experimentations, of his conception of actors, his childhood, his phobias, and of his views on religion and his ill-fated female protagonists. His style in conversation is relaxed and honest, his mood affirmative and passionate.