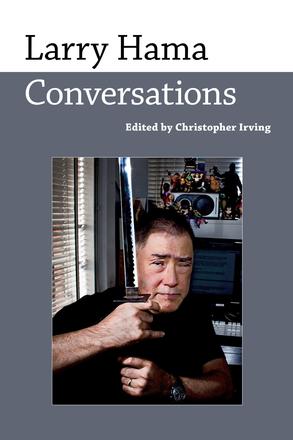 Collected interviews with the Asian American writer and cartoonist who helped develop G. I. Joe

Larry Hama (b. 1949) is the writer and cartoonist who helped develop the 1980s G. I. Joe toy line and created a new generation of fans from the tie-in comic book. Through many interviews, this volume reveals that G. I. Joe is far from his greatest feat as an artist.

At different points in his life and career, Hama was mentored by comics legends Bernard Krigstein, Wallace Wood, and Neal Adams. Though their impact left an impression on his work, Hama has created a unique brand of storytelling that crosses various media. For example, he devised the character Bucky O'Hare, a green rabbit in outer space that was made into a comic book, toy line, video game, and television cartoon—with each medium in mind.

Hama also discusses his varied career, from working at Neal Adams and Dick Giordano’s legendary Continuity to editing a humor magazine at Marvel, developing G. I. Joe, and enjoying a long run as writer of Wolverine.

This volume also explores Hama's life outside of comics. He is an activist in the Asian American community, a musician, and an actor in film and stage. He has also appeared in minor roles on the television shows M*A*S*H and Saturday Night Live and on Broadway.

Editor and historian Christopher Irving compiles six of his own interviews with Hama, some of which are unpublished, and compiled others that range through Hama’s illustrious career. The first academic volume on the artist, this collection gives a snapshot of Hama’s unique character-driven and visual approach to comics’ storytelling.

Other Books By Christopher Irving 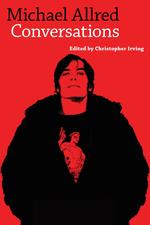