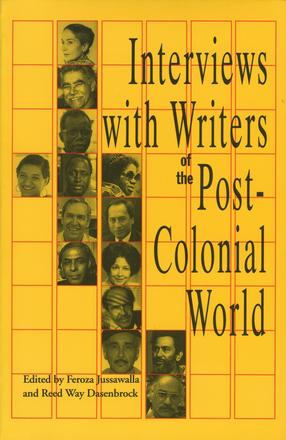 Interviews with Writers of the Post-Colonial World

This book of interviews conducted by Jussawalla and Dasenbrock is the first to feature third-world authors discussing their works and their careers. These are joined by three Chicano writers from the US. All fourteen included here write in English, a language they have chosen for their creative expression, and all write their novels at a time when codes of the colonial past are targets of revisionism.

In this fascinating collection of fourteen interviews (eleven previously unpublished) the interviewers speak with leading writers from Kenya, Nigeria, Somalia, India, Pakistan, New Zealand, and the Caribbean islands, as well as with three Chicano writers. Largely considered non-canonical, they address questions about the effects of colonialism, their place in English-language literature, the politics of language in non-Western societies, and the value of their work in helping those with Western perspectives to understand their cultures.

Noted writers from Africa—Ngugi wa Thiong'o from Kenya and Chinua Achebe from Nigeria—engage in the most important discussion in African literature today, whether or not to write in English. Nigeria's leading feminist writer, Buchi Emecheta, discusses the role of women in a primarily male literary environment. South Asian writers are represented by two well-known Indian writers, Raja Rao and Anita Desai, and by two noted Pakistani writers, Zulfikar Ghose and Bapsi Sidhwa. Sharing a common colonial history, these writers generally display less desire to differentiate their work from the Western tradition.

The collection also includes an interview with the Somali writer Nuruddin Farah, who is culturally as well as geographically somewhere between the Eastern and Western cultures. Also included are four interviews with minority writers from countries where English is the dominant language, the Maori writer Witi Ihimaera from New Zealand and the three Chicano Americans, Rudolfo Anaya, Rolando Hinojosa, and Sandra Cisneros, whose situation is comparable to, yet instructively different from, the situation of Asian and African writers. Two interviews with West Indian or Caribbean writers, Sam Selvon and Roy Heath, complete the collection.

These interviews offer a panorama of some of the most exciting writing being done in English today. Readers coming to works of these multilingual writers for the first time will be absorbed by their illuminating commentaries.

This timely, fascinating [book] includes interviews with fourteen third world and Chicano writers of stature who share ‘a common heritage of multilingualism . . . displacement and migration. ’ Chinua Achebe, Sandra Cisneros, and others from Africa, the Indian Subcontinent, and the Caribbean discuss their own and one another's work, personal history and outlook, the literary canon, and such issues as language choice, culture, and foreign residence. Although familiarity with these writers and with critical thought will enhance the experience of this volume, all readers with an interest—or a class assignment—in ‘marginalized’ literature will enjoy this book and benefit from it.

Other Books By Feroza Jussawalla or Reed Way Dasenbrock 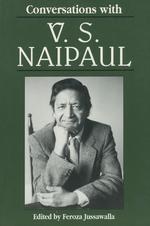