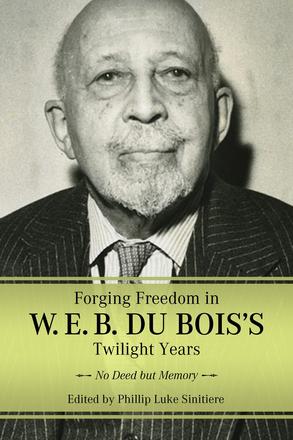 No Deed but Memory

Although the career of W. E. B. Du Bois was remarkable in its entirety, a large majority of scholarship focuses on the first five or six decades. Overlooked and understudied, the closing three decades of Du Bois’s career reflect a generative period of his life in terms of teaching, travel, activism, and publications. Forging Freedom in W. E. B. Du Bois's Twilight Years: No Deed but Memory proposes to narrate the political, social, and cultural significance of Du Bois’s career during the controversial closing three decades of his life..

Du Bois’s twilight years were tremendously controversial: his persistent criticism of the collusion between capitalism and racism and his choice to join the Communist Party in late 1961 raised the ire of many. At the time, Du Bois’s strident advocacy of socialism and turn to communism during the Cold War oriented most scholars away from delving into his late career. While only a few scholars have engaged the productivity of Du Bois’s later years, the fact is that an anticommunist, antiradical animus has followed Du Bois in the half century since his death. As a result, Du Bois scholarship remains impoverished to the extent that academics neglect his later years.

The essays in Forging Freedom in W. E. B. Du Bois's Twilight Years detail selected aspects of Du Bois’s later decades and their particular connection to American social, political, and cultural history between the 1930s and the 1960s. While international concerns and a global perspective also fundamentally defined Du Bois’s latter years, chronicling his final decades in a US context presents fresh insight into his twilight years. Du Bois’s commitment to freedom’s flourishing during this period animated the Black freedom struggle’s war against white supremacy. Ultimately, this book demonstrates that the durability of Du Bois’s intellectual achievements remains relevant to the twenty-first century.

"A new and original perspective on W. E. B. Du Bois’s life and activism centering on his career from the early 1930s until his death in 1963. As the volume compellingly demonstrates, an examination of the last three decades of Du Bois’s life unveils the richness and complexity of his ideas and praxis, especially his engagement in Black internationalist and radical politics."

- Keisha N. Blain, author of Until I Am Free: Fannie Lou Hamer’s Enduring Message to America

"This book will no doubt draw much-needed attention to Du Bois’s thought and activism during the most radical yet most neglected period of his life." 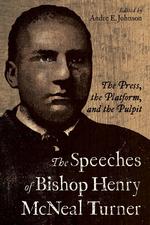 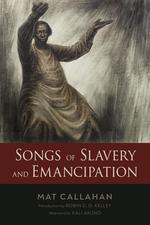