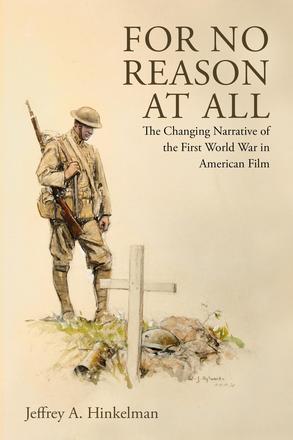 The Changing Narrative of the First World War in American Film

By Jeffrey A. Hinkelman

The years following the signing of the Armistice saw a transformation of traditional attitudes regarding military conflict as America attempted to digest the enormity and futility of the First World War. During these years popular film culture in the United States created new ways of addressing the impact of the war on both individuals and society. Filmmakers with direct experience of combat created works that promoted their own ideas about the depiction of wartime service—ideas that frequently conflicted with established, heroic tropes for the portrayal of warfare on film.

Those filmmakers spent years modifying existing standards and working through a variety of storytelling options before achieving a consensus regarding the fitting method for rendering war on screen. That consensus incorporated facets of the experience of Great War veterans, and these countered and undermined previously accepted narrative strategies. This process reached its peak during the Pre-Code Era of the early 1930s when the initially prevailing narrative would be briefly supplanted by an entirely new approach that questioned the very premises of wartime service. Even more significantly, the rhetoric of these films argued strongly for an antiwar stance that questioned every aspect of the wartime experience.

For No Reason at All: The Changing Narrative of the First World War in American Film discusses a variety of Great War–themed films made from 1915 to the present, tracing the changing approaches to the conflict over time. Individual chapters focus on movie antecedents, animated films and comedies, the influence of literary precursors, the African American film industry, women-centered films, and the effect of the Second World War on depictions of the First. Films discussed include Hearts of the World, The Cradle of Courage, Birthright, The Big Parade, She Goes to War, Doughboys, Young Eagles, The Last Flight, Broken Lullaby, Lafayette Escadrille, and Wonder Woman, among many others.

"For No Reason at All is readable, vigorously engaging, and an excellent contribution to the study of the way war has been represented in American culture. "

- Owen W. Gilman Jr., author of The Hell of War Comes Home: Imaginative Texts from the Conflicts in Afghanistan and Iraq