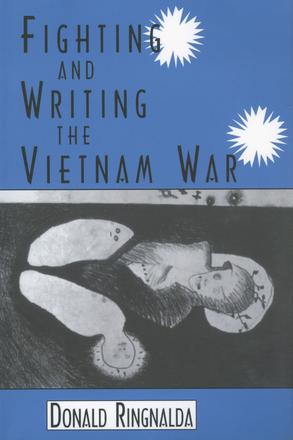 Fighting and Writing the Vietnam War

This groundbreaking analysis of Vietnam War fiction, poetry, and drama offers far-ranging implications for studies in cultural criticism of that era. It explodes cherished myths and offers an alternative perspective to the one generally espoused by writers and critics who spotlight the issues of the American involvement in Vietnam. Most, subscribing to the myth that Vietnam was unique, toil to give logic to it and strive for sense and order. Yet they reach no satisfactory outcome.

Instead of the myth, as this engrossing study argues, we should accept the Vietnam War's nonsense, its illogic, and the mandates of absurdity as the fundamental elements that govern our perceptions of the war. This study sees that America's credos of battle were hinged to imperialism and the drive to rid the world of communism, cultural confusion, and disorder. The myth is typified by a national vision of needless waste and healing restoration.

The works of many writers reflect the accepted myth. Others, such as the authors featured in this study, articulate the contours of nonsense. Stephen Wright, Michael Herr, Tim O'Brien, Peter Straub, Bill Ehrhart, John Balaban, Walter McDonald, Yusef Komunyakaa, Bruce Weigl, D. F. Brown, Emily Mann, David Rabe, Amlin Gray, Arthur Kopit, and Steve Tesich embrace the unreality and the mayhem as natural to the circumstance. Their works, giving voice to an anarchical world, emulate the fighting strategies and tactics of the Vietcong and call for a kind of thinking that considers the jungle and the darkness a friend.