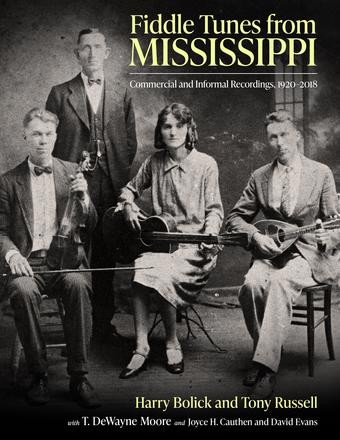 In 2015 University Press of Mississippi published Mississippi Fiddle Tunes and Songs from the 1930s by Harry Bolick and Stephen T. Austin to critical acclaim and commercial success. Roughly half of Mississippi’s rich, old-time fiddle tradition was documented in that volume and Harry Bolick has spent the intervening years working on this book, its sequel.

Beginning with Tony Russell’s original mid-1970s fieldwork as a reference, and later working with Russell, Bolick located and transcribed all of the Mississippi 78 rpm string band recordings. Some of the recording artists like the Leake County Revelers, Hoyt Ming and His Pep Steppers, and Narmour & Smith had been well known in the state. Others, like the Collier Trio, were obscure. This collecting work was followed by many field trips to Mississippi searching for and locating the children and grandchildren of the musicians. Previously unheard recordings and stories, unseen photographs and discoveries of nearly unknown local fiddlers, such as Jabe Dillon, John Gatwood, Claude Kennedy, and Homer Grice, followed. The results are now available in this second, companion volume, Fiddle Tunes from Mississippi: Commercial and Informal Recordings, 1920–2018.

"Fiddle Tunes from Mississippi: Commercial and Informal Recordings, 1920–2018 is the obvious complement to Harry Bolick’s previous collection of Mississippi fiddle tunes. Bolick and his confederates have conjoined archival materials, newspaper articles and such, and interviews in a digestible, intriguing way. Those who loved the first big book on Mississippi fiddling will love this one too. "

- Chris Goertzen, professor of music history and world music at the University of Southern Mississippi and author of George P. Knauff’s "Virginia Reels" and the History of American Fiddling and American Antebellum Fiddling 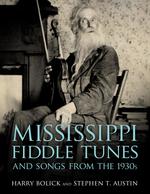