Faulkner on the Color Line

This study argues that Faulkner's writings about racial matters interrogated rather than validated his racial beliefs and that, in the process of questioning his own ideology, his fictional forms extended his reach as an artist.

After winning the Nobel Prize in 1950, Faulkner wrote what critics term "his later novels. " These have been almost uniformly dismissed, with the prevailing view being that as he became a more public figure, his fiction became a platform rather than a canvas.

Within this context Faulkner on the Color Line redeems the novels in the final phase of his career by interpreting them as Faulkner's way of addressing the problem of race in America. They are seen as a series of formal experiments Faulkner deliberately attempted as he examined the various cultural functions of narrative, most particularly those narratives that enforce American racial ideology.

The first chapters look at the ways in which the ability to assert oneself verbally informs matters of individual and cultural identity in both the widely studied works of Faulkner's major phase and those in his later career. Later chapters focus on the last works, providing detailed readings of Intruder in the Dust, Requiem for a Nun, the Snopes trilogy, A Fable, and The Reivers.

The book examines Faulkner as he confronted the vexing questions of race in these novels and assesses the identity of Faulkner as the Nobel Prize winner who claimed on many occasions that he was "tired," maybe "written out. " In his decision not to speak in the identity of the black people represented in his fiction, in his decision to write instead about the complexities of all racial constructions, he produced a host of characters suffering within the rigid protocols on race that had been enforced in America for centuries. As a private, white individual, he could never be other than what he was. Rather than attempt to reconcile Faulkner the public man with the private one, however, this study concludes that through his fiction Faulkner the artist questioned himself and came to understand others across the color line.

Other Books By Theresa M. Towner 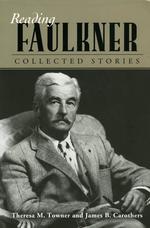