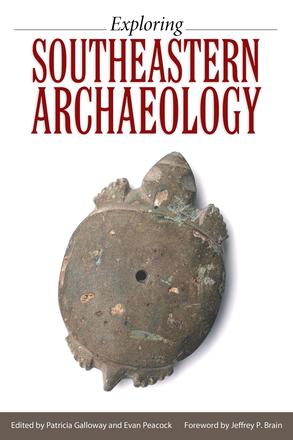 Cutting-edge scholarship about archaeology in the southeastern United States

This volume includes original scholarship on a wide array of archaeological research across the South. One essay explores the effects of climate on early cultures in Mississippi. Contributors reveal the production and distribution of stone effigy beads, which were centered in southwest Mississippi some 5,000 years ago, and trace contact between different parts of the prehistoric Southeast as seen in the distribution of clay cooking balls. Researchers explore small, enigmatic sites in the hill country of northern Mississippi now marked by scatters of broken pottery and a large, seemingly isolated "platform" mound in Calhoun County. Pieces describe a mound group in Chickasaw County built by early agriculturalists who subsequently abandoned the area and a similar prehistoric abandonment event in Winston and Choctaw Counties. A large pottery collection from the famous Anna Mounds site in Adams County, excavations at a Chickasaw Indian site in Lee County, camps and works of the Civilian Conservation Corps in the pine hill country of southern Mississippi, and the history of logging in the Mississippi Delta all yield abundant, new understandings of the past.

Overview papers include a retrospective on archaeology in the National Forests of north Mississippi, a look at a number of mound sites in the lower Mississippi Delta, and a study of how communities of learning in field archaeology are built, with prominent archaeologist Samuel O. Brookes's achievements as a focal point. History buffs, artifact enthusiasts, students, and professionals all will find something of interest in this book, which opens doors on the prehistory and history of Mississippi.

While centered on Mississippi, the book does reflect the diverse circumstances and communities involved in the practice of modern archaeology everywhere.

- Ashley A. Dumas, The Journal of Southern History

The chapters in this book collectively provide an extensive sample of current archaeological research in Mississippi, and the diverse topics considered touch on many times, places, and topics in the state's past. This broad coverage not only reflects the eclectic career contributions of the influential archaeologist Samuel O. Brookes, but it also shows the reader the ways that many constituencies--businesses, laypeople, state and federal agencies, tribal governments, and universities--have contributed to investigating, documenting, preserving, and interpreting Mississippi's rich archaeological heritage.

- Tony Boudreaux, associate professor in the Department of Sociology and Anthropology at the University of Mississippi

An excellent volume honoring the career of Samuel O. Brookes, who through both his research and resource management skills has done so much for southeastern archaeology in Mississippi and far beyond.

- David G. Anderson, professor and associate head in the Department of Anthropology at the University of Tennessee, Knoxville, and co-author of Recent Developments in Southeastern Archaeology: From Colonization to Complexity 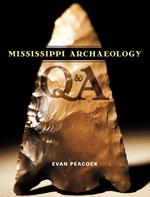 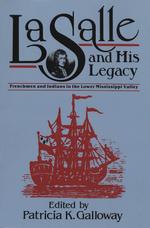 La Salle and His Legacy