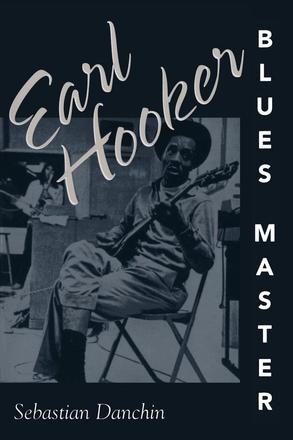 The life and early death of a South Side guitar genius, the greatest unheralded Chicago bluesmaker

Jimi Hendrix called Earl Hooker “the master of the wah-wah pedal. ” Buddy Guy slept with one of Hooker's slides beneath his pillow hoping to tap some of the elder bluesman's power. And B. B. King has said repeatedly that, for his money, Hooker was the best guitar player he ever met.

Tragically, Earl Hooker died of tuberculosis in 1970 when he was on the verge of international success just as the Blues Revival of the late sixties and early seventies was reaching full volume.

Second cousin to now-famous bluesman John Lee Hooker, Earl Hooker was born in Mississippi in 1929, and reared in black South Side Chicago where his parents settled in 1930. From the late 1940s on, he was recognized as the most creative electric blues guitarist of his generation. He was a “musician's musician,” defining the art of blues slide guitar and playing in sessions and shows with blues greats Muddy Waters, Junior Wells, and B. B. King.

A favorite of black club and neighborhood bar audiences in the Midwest, and a seasoned entertainer in the rural states of the Deep South, Hooker spent over twenty-five years of his short existence burning up U. S. highways, making brilliant appearances wherever he played.

Until the last year of his life, Hooker had only a few singles on obscure labels to show for all the hard work. The situation changed in his last few months when his following expanded dramatically. Droves of young whites were seeking American blues tunes and causing a blues album boom. When he died, his star's rise was extinguished. Known primarily as a guitarist rather than a vocalist, Hooker did not leave a songbook for his biographer to mine. Only his peers remained to praise his talent and pass on his legend.

“Earl Hooker's life may tell us a lot about the blues,” biographer Sebastian Danchin says, “but it also tells us a great deal about his milieu. This book documents the culture of the ghetto through the example of a central character, someone who is to be regarded as a catalyst of the characteristic traits of his community. ”

Like the tales of so many other unheralded talents among bluesmen, Earl Hooker, Blues Master, Hooker's life story, has all the elements of a great blues song—late nights, long roads, poverty, trouble, and a soul-felt pining for what could have been.

Musician/journalist Danchin (author of Blues Boy: The Life and Music of B. B. King) offers a fascinating account of neglected bluesman Hooker (1929-1970) and postwar electric blues. Relying upon dozens of in-depth interviews and exhaustive research of secondary sources, he outlines the affable guitarist's start in the Chicago blues scene and painstakingly tracks his rambles through the clubs and juke joints of the Deep South, Florida, Missouri, Arkansas, California, and back to the West and South sides of the Windy City. While acknowledging that the general public was not familiar with Hooker's recordings on such small, independent labels as King, Chief, Age, and Cuca, the author reveals how respected his subject was by his better-known contemporaries B. B. King, Junior Wells, and Ike Turner. He ends with Hooker's increasing notoriety and major label recordings amid the blues explosion of the late 1960s before his untimely death after a lifelong bout with tuberculosis. A stellar examination of an overlooked blues master and of the roots and cultures of blues after World War II.