Isaac Asimov (1920-1992), one of the most popular and influential American authors of the twentieth century, sparked the imagination of generations of writers. His Foundation trilogy paved the way for science fiction that was more speculative and philosophical than had been previously seen in the genre, and his book I, Robot and his story "The Bicentennial Man" have been made into popular movies. First published as a teenager in John W. Campbell's groundbreaking science fiction magazine Astounding, Asimov published over two hundred books during his lifetime.

While most prolific writers tend to concentrate almost exclusively on a single genre, Asimov was a polymath who wrote widely on a variety of subjects. He authored mysteries, autobiographies, histories, satires, companions to Shakespeare, children's books on science, and collections of bawdy limericks. A lifelong atheist, he nevertheless wrote more than a half dozen books on the Bible.

Asimov's varied interests establish him as a premier public intellectual, one who was frequently called upon to clarify debates in science, in history, and on the effects of technology on the modern age. Conversations with Isaac Asimov collects interviews with a man considered to be--along with Robert Heinlein, A. E. van Vogt, and Arthur C. Clarke--a founder of modern science fiction. Despite this, Asimov is perhaps best known for his many books of popular science writing. Carl Sagan once described Asimov as the greatest explainer of his age, and this talent made Asimov a natural for the interview form. His manner is always crisp and lucid, his tone always engaging, and his comments always enlightening.

Other Books By Carl Freedman 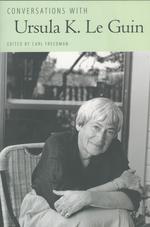