Conversations with F. Scott Fitzgerald assembles over thirty interviews with one of America's greatest novelists, the author of The Great Gatsby and Tender Is the Night.

Although most of these are not standard interviews in the modern sense, the quotes from Fitzgerald and the contemporary journalistic reaction to him reveal much about his writing techniques, artistic wisdom, and life. Editors Matthew J. Bruccoli, the foremost Fitzgerald scholar, and Judith S. Baughman have collected the most usable and articulate pieces on Fitzgerald, including a three-part 1922 interview conducted for the St. Paul Daily News.

Fitzgerald (1896-1940) died before the authorial interview became a literary subgenre after World War II. Although Fitzgerald enjoyed his celebrity, as is clear in these pieces, he had a poor sense of public relations and provided interviewers with opportunities to trivialize him. As a result, Fitzgerald was often treated condescendingly in the press. Seven of his interviews-five printed before 1924-have flapper in their headlines. In the Jazz Age-a term Fitzgerald coined-he was regarded as a spokesman for rebellious youth, as a playboy, as an authority on sex and marriage, as an expert on Prohibition, and as an immensely popular writer for his work published in the Saturday Evening Post. Yet his literary ambitions were sizable and his impact on American fiction immeasurable.

Matthew J. Bruccoli is Jefferies Professor of English at the University of South Carolina. He has written or edited thirty volumes on Fitzgerald, including the standard biography, Some Sort of Epic Grandeur: The Life of F. Scott Fitzgerald.

Judith S. Baughman, who works in the department of English at the University of South Carolina, has written the F. Scott Fitzgerald volume in the Gale Study Guides series and has edited American Decades: 1920-1929.

Other Books By Matthew J. Bruccoli or Judith S. Baughman 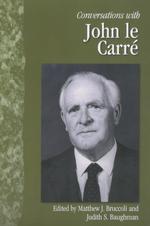 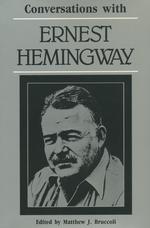