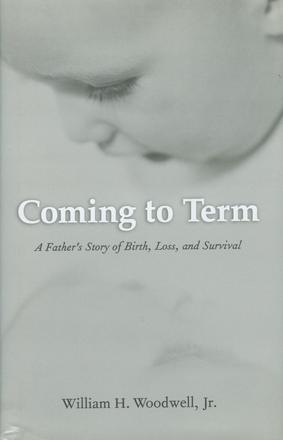 A Father's Story of Birth, Loss, and Survival

After the doctors left, I sat on the edge of Kim's bed and we cried. It had all come to this. All the back-and-forth about whether to have children; all the thinking and talking about what we'd need; all the books and the articles and the prenatal classes; all the morning sickness Kim had endured; and all the excitement about the twins. And now here we were, 100 miles from home in a hospital room in Charlottesville, Virginia, sixteen weeks before term and waiting for Kim to get sick--very sick--so the doctors could cut her open and bring our babies into the world too early. Our twins. "

In the course of a routine prenatal check-up Kim Woodwell learned that she had a severe condition that would require doctors to deliver her twin girls in a matter of days. She was barely halfway through the pregnancy. The twins still had four months to go before they were officially due.

The birth of the twins later that week--each weighing less than a pound and a half--marked the start of a months-long roller coaster ride that reminded the parents and everyone around them how fragile and how precious life can be.

This is a gripping account of the day-to-day struggles facing the thousands of families every year whose pregnancies end far too soon and whose babies have to fight to survive. It offers a firsthand view of the anger, the grief, the hope, and the joy that can follow in the wake of a too-early birth.

"And it proves," the author says, "that the smallest human beings can teach us the biggest lessons we will ever learn. "

William H. Woodwell, Jr. , is an independent writer and editor. He is the author of Choosing the President: The Citizen's Guide to the 2000 Election. His work has appeared in the Washington Post.