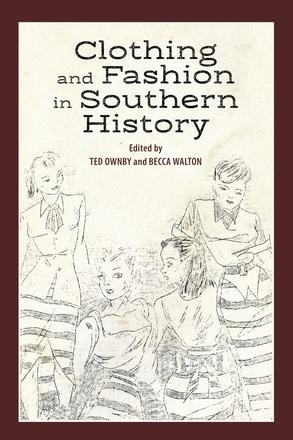 The first volume to closely study the history of clothing and its relationship to work, power, and identity in the South

Fashion studies have long centered on the art and preservation of finely rendered garments of the upper class, and archival resources used in the study of southern history have gaps and silences. Yet, little study has been given to the approach of clothing as something made, worn, and intimately experienced by enslaved people, incarcerated people, and the poor and working class, and by subcultures perceived as transgressive.

The essays in the volume, using clothing as a point of departure, encourage readers to imagine the South’s centuries-long engagement with a global economy through garments, with cotton harvested by enslaved or poorly paid workers, milled in distant factories, designed with influence from cosmopolitan tastemakers, and sold back in the South, often by immigrant merchants.

Contributors explore such topics as how free and enslaved women with few or no legal rights claimed to own clothing in the mid-1800s, how white women in the Confederacy claimed the making of clothing as a form of patriotism, how imprisoned men and women made and imagined their clothing, and clothing cooperatives in civil rights–era Mississippi. An introduction by editors Ted Ownby and Becca Walton asks how best to begin studying clothing and fashion in southern history, and an afterword by Jonathan Prude asks how best to conclude.

"What is southern clothing? What makes fashion southern? This collection resists easy answers to these questions, and that is precisely what makes it so valuable. Far from rehashing shopworn arguments about southern identity, the editors and contributors demonstrate that clothing in and of the South tells a bigger story—one that is fundamentally about power and politics. After reading this first-ever book exploring the many meanings of clothing in the South, one realizes how impoverished our understanding of southern history has been. Indeed, one wonders: why have we had to wait so long?"

"Introducing and exploring the themes featured in this series of scholarly essays, Ted Ownby and Jonathan Prude lead the reader to an understanding of common threads that tie these studies together. A list of contributors, along with select illustrations and extensive notes and index, make this a recommended volume for academic libraries with historical and sociological collections on the Southeastern United States. "

- Melanie Dunn, University of Tennessee at Chattanooga, The Southeastern Librarian

"This book is the first of its kind to analyze clothing and fashion throughout the geographical and economic entity that is the American South. . . . Clothing and Fashion in Southern History did not set out to be a comprehensive guide to fashion history of the American South, and it is this acknowledgement that allows it to further serve as a thought provoking basis for further research into this area of the field. "

"This volume is written in accessible language and makes notable contributions to our understanding of how clothing intersects with race, gender, and identity more broadly. It should engage a wide range of readers, especially those who are interested in gaining a more nuanced understanding of southern women’s work. "

- Kathleen B. Casey, Virginia Wesleyan University, The Journal of Southern History, Volume LXXXVII, No. 2, May 2021

Other Books By Ted Ownby, Becca Walton, and Jonathan Prude 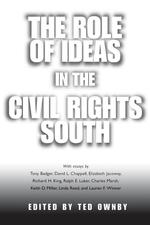