Between The Rock and a Hard Place: BLACK ADAM (2022) and the Future of the DCEU

Terence McSweeney, author of Black Panther: Interrogating a Cultural Phenomenon, and Rebecca Cohen contributed this guest blog post in conjunction with today’s release of the latest film in the DCEU, Black Adam. In the blog, they discuss the future of the DCEU, the lasting success of superhero films, and the star power of The Rock.

On an episode of Saturday Night Live back in March 2015 host Dwayne “The Rock” Johnson colorfully referred to himself as “franchise Viagra” in the context of what he had brought to the Fast and Furious series (2001–). Following his appearance in Fast Five (2011), the series made the transition from modest success to blockbuster.

In the wake of several high profile and ongoing public relations crises, if any film series is in need of “franchise Viagra” in late 2022 it is perhaps the one widely referred to as the DC Extended Universe (DCEU). The franchise has largely remained in the shadow of the cultural and commercial behemoth that is the Marvel Cinematic Universe (MCU), despite having characters that are as popular and well known, like the iconic figures of Batman, Superman, and Wonder Woman.

The DCEU began with the divisive Man of Steel (2013), but by that time Marvel had already embraced the universe model of filmmaking by producing five solo yet interconnected films and then one pop culture mega-event which brought them all together within the frames of a single adventure, The Avengers (2012).

Eager for the same kind of success Marvel had achieved, but not prepared to wait as long, the DCEU launched into Batman v Superman: Dawn of Justice (2016) quickly followed by Justice League (2017). In the years since, there have been some highs, but far too many lows for the franchise. In terms of commercial and critical success: Suicide Squad (2016) achieved the former but not the latter. The opposite was true for James Gunn’s The Suicide Squad (2021) which, despite being widely praised by critics, made a paltry $167 million dollars at the global box office. Wonder Woman (2017) was a rare film to be both praised and financially successful, but its sequel Wonder Woman 1984 was widely regarded as a disappointment as was Birds of Prey (2020).

Black Adam is something of a test for the future of the DCEU, especially in the light of the troubled production of The Flash and the recent cancellation of Batgirl. The studio is no doubt hoping for a film as successful as Aquaman (2018), which made $1.1 billion dollars world-wide. Aquaman was the only film from the DCEU to cross that billion-dollar threshold, which is regarded as the real benchmark for contemporary blockbuster properties, one the MCU films achieve fairly often. Stacked against this ambition is the fact that Black Adam, a morally ambiguous anti-hero, is one of the least well-known superhero properties adapted for the screen on such a scale. The film’s secret weapon is undoubtedly Dwayne Johnson himself, something of a real-life superhero for his fans and admirers.

Johnson’s transition from charismatic hyper-muscular professional wrestler to versatile action hero was not an entirely smooth one, as attested by his early appearances in films like The Mummy Returns (2001) and The Scorpion King (2002). However, by 2016 Forbes revealed he was the highest paid actor in the world, and he has regularly topped their annual list since then.

We maintain that a key aspect of his enduring appeal has been how he is able to embody the paradoxical cultural demand for more complicated forms of masculinity. The forms embrace aspects of vulnerability, while at the same time call for a return to old-fashioned forms of manliness. Rebecca Cohen has termed this the ‘hybrid hard body’ which is an evolution of Susan Jeffords’ idea of the ‘hard body’ in her definitive work on 1980s era masculinity Hard Bodies: Hollywood Masculinity in the Reagan Era (1994). For Jeffords, hard bodies were often typified by hyper-muscular male heroes who became visual signifiers for the conservative politics and social philosophies of the Reagan era. In contrast, the hybrid hard body recognizes shifting political milieus and changing social attitudes, negotiating these through a more layered depiction of masculinity. Many of Dwayne Johnson’s performances, from Will Sawyer in Skyscraper (2018) to Bravestone in Jumanji: Welcome to the Jungle (2017), see him encapsulating the hard body ethos yet managing to skillfully navigate a more intricate depiction of maleness that allows for more complexity to emerge.

Whether Black Adam marks the beginning of a new chapter in the future of the DCEU remains to be seen, but the superhero film remains the most commercially successful and culturally impactful genre moving into the third decade of its resurgence. With films like Black Panther: Wakanda Forever (2022), Aquaman and the Lost Kingdom (2023), Guardians of the Galaxy Vol.3 (2023), and Spider-Man: Across the Spider-Verse (2023) all being released in the near future, there is no sign that the superhero film or the actor many consider the living embodiment of it, Dwayne “The Rock” Johnson, is going away anytime soon. 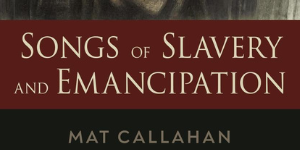 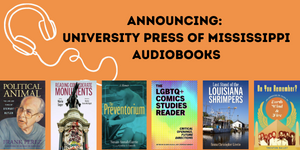