Max Alvarez is a film historian and public speaker on world cinema. He has developed presentation partnerships with such organizations as the Smithsonian Institution and is the former film programmer for National Museum of Women in the Arts in Washington, D.C. His essay on Thornton Wilder's Shadow of a Doubt screenplay appears in the book Thornton Wilder: New Perspectives from Northwestern University Press. He has also written for Film History: An International Journal and Chicago Tribune. The National Gallery of Art in Washington, D.C. and Pacific Film Archive in Berkeley have both showcased Alvarez's groundbreaking scholarship on Anthony Mann as part of their public programs focusing on the director's work. Find him at www.maxjalvarez.com. 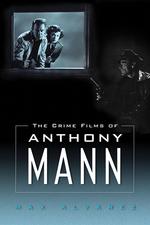 The Crime Films of Anthony Mann