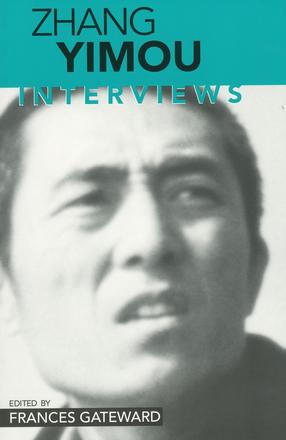 Eleven years of interviews with the acclaimed Chinese film director of such movies as Red Sorgham, Shanghai Triad, and Not One Less

Several of these interviews appear in English for the first time. Some come from Chinese-language periodicals, and a few have never been published until now.

In these conversations with such notable critics as Michel Ciment, Robert Sklar, and Tam Kwok-Kan, Zhang Yimou discusses all his films and speaks candidly about his work both as a cinematographer and an actor. Certain topics-the symbolism in his use of color, the use of women protagonists in most of his films, his working relationships with the Taiwanese filmmakers Hou Hsiao-Hsien and Edward Yang-emerge many times in the interviews. He shows strong interests in literature and film adaptations of texts.

Zhang speaks too of his work with the actress Gong Li and of her roles in six of his films, most of which depict the role of a woman living in feudal patriarchal society.

Zhang was one of the 1982 Beijing Film Academy graduates—the so-called Fifth Generation of filmmakers, who were the first generation of Chinese directors trained after the Cultural Revolution. He discusses the Academy's impact on him and his peers. He often mentions that many of his fellow graduates now work in television because the state did not deem their films successful. “If a film does not recoup its costs in China,” he told the New York Times in 2000, “you're not going to make another one. And you're not going to make a film without attracting investors. ”

Using his art as a means of exploring oppression and its devastation of human relationships, Zhang talks openly about the effects of mainland China's codes of censorship on his work. He often bemoans his lack of access to films, especially international films, during his youth.

As he discusses his filmmaking style and compares it to the current state of Chinese filmmaking, he is revealed as open and modest, yet deeply passionate about his art. Readers meeting him through these interviews will see him to be complex, serious, and as quietly unassuming as his movies.