The Rise of the American Comics Artist

Starting in the mid-1980s, a talented set of comics artists changed the American comic book industry forever by introducing adult sensibilities and aesthetic considerations into popular genres such as superhero comics and the newspaper strip. Frank Miller's Batman: The Dark Knight Returns (1986) and Alan Moore and Dave Gibbons's Watchmen (1987) revolutionized the former genre in particular. During this same period, underground and alternative genres began to garner critical acclaim and media attention beyond comics-specific outlets, as best represented by Art Spiegelman's Maus. Publishers began to collect, bind, and market comics as “graphic novels,” and these appeared in mainstream bookstores and in magazine reviews.

The Rise of the American Comics Artist: Creators and Contexts brings together new scholarship surveying the production, distribution, and reception of American comics from this pivotal decade to the present. The collection specifically explores the figure of the comics creator—either as writer, as artist, or as writer and artist—in contemporary US comics, using creators as focal points to evaluate changes to the industry, its aesthetics, and its critical reception. The book also includes essays on landmark creators such as Joe Sacco, Art Spiegelman, and Chris Ware, as well as insightful interviews with Jeff Smith (Bone), Jim Woodring (Frank) and Scott McCloud (Understanding Comics). As comics have reached new audiences, through different material and electronic forms, the public's broad perception of what comics are has changed. The Rise of the American Comics Artist surveys the ways in which the figure of the creator has been at the heart of these evolutions. 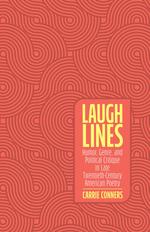