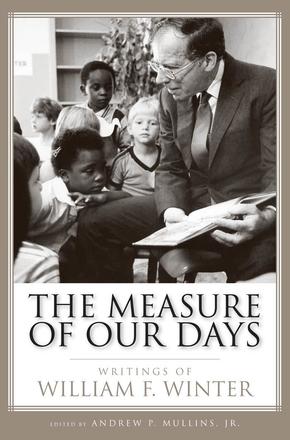 The Measure of Our Days

Governor William F. Winter has enriched the political and cultural life of Mississippi and the United States for six decades—as an infantryman in World War II, as a Mississippi House representative (1947–1959), as governor of Mississippi (1980–1984), as a member of President Bill Clinton's Advisory Board on Race (1997–1998), and as an advocate for education and racial reconciliation.

Unlike most public figures, Winter wrote all of his own speeches. The Measure of Our Days: Writings of William F. Winter presents a collection of the governor's most thoughtful writings on his home state, the South, and America in general. A sampling of his ideas from the early 1960s to the present, the volume attests to his progressive political and moral philosophy. Collected, they reveal Winter's keen intellect, quiet wit, and stubborn political courage. The book includes a preface by editor Andrew P. Mullins, Jr., that places Winter in a historical context and gives a brief biography of the politician.

Winter is perhaps best known for his leadership in passing the 1982 Mississippi Education Reform Act which, among other things, established public kindergartens in the state. Throughout his long career, Winter has given speeches on a broad range of subjects—race, religion, education, book banning, community building, civil liberties, urban and agricultural development, family, literature, environmental conservation, and history—that testify to the diversity of his interests and his continuing engagement with American affairs.