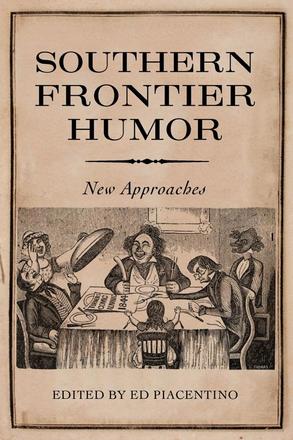 Since its inception in the early 1830s, southern frontier humor (also known as the humor of the Old Southwest) has had enduring appeal. The onset of the new millennium precipitated an impressive rejuvenation of scholarly interest. Southern Frontier Humor: New Approaches represents the next step in this revival, providing a series of essays with fresh perspectives and contexts.

First, the book shows the importance of Henry Junius Nott, a virtually unknown and forgotten writer who mined many of the principal subjects, themes, tropes, and character types associated with southern frontier humor, followed by an essay addressing how this humor genre and its ideological impact helped to stimulate a national cultural revolution. Several essays focus on the genre's legacy to the post-Civil War era, exploring intersections between southern frontier humor and southern local color writers--Joel Chandler Harris, Charles W. Chesnutt, and Sherwood Bonner. Mark Twain's African American dialect piece "A True Story," though employing some of the conventions of southern frontier humor, is reexamined as a transitional text, showing his shift to broader concerns, particularly in race portraiture.

Essays also examine the evolution of the trickster from the Jack Tales to Hooper's Simon Suggs to similar mountebanks in novels of John Kennedy Toole, Mark Childress, and Clyde Edgerton and transnational contexts, the latter exploring parallels between southern frontier humor and the Jamaican Anansi tales. Finally, the genre is situated contextually, using contemporary critical discourses, which are applied to G. W. Harris's Sut Lovingood and to various frontier hunting stories.