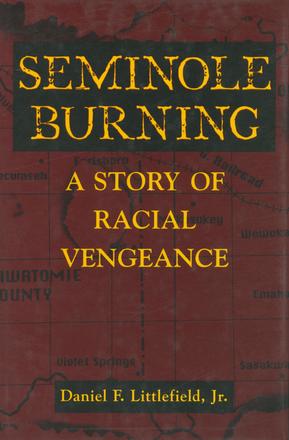 A Story of Racial Vengeance

In 1898 after the murder of a white woman, two young Seminoles were chained and burned alive. Hiding behind a wall of silence and fearing reprisal for identifying their executioners, virtually the entire white community became involved with the ghastly execution.

In this absorbing narrative Daniel F. Littlefield, Jr. , captures the horror and details the events that incited this alarming act of mob violence and community complicity. Seminole Burning not only gives an account of a dramatic, violent event in Indian-white relations but also provides insights into the social, economic, and legal history of the times.

Although occurring during the heyday of lynching in America, the execution of the young Seminoles proved to be not just another sad episode in the history of injustice. Apparently a vendetta organized by the extended family of the dead woman's husband, it was orchestrated by landless whites, who for a week after her murder, had harassed and terrorized more than twenty Seminole men and boys in selecting victims.

For having taken them out of Indian Territory and into Oklahoma for execution, the mob leaders became the target of federal authorities. In the first successful prosecution of lynchers in the Southwest, a special prosecutor revealed underlying motives for the crime and convicted six.

Seminole Burning is not just the story of a lynching and an account of how landless Americans invaded Indian Territory. By placing this tragic case in context and against the large backdrop of history, Littlefield connects it to federal expansion of court jurisdiction, to federal attempts to dissolve land titles of the Five Civilized Tribes, and indeed to the establishing of the state of Oklahoma.

Other Books By Daniel F. Littlefield 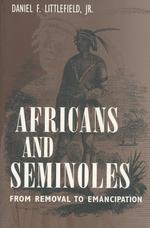 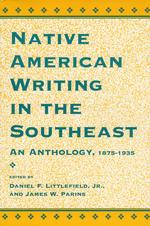 Native American Writing in the Southeast 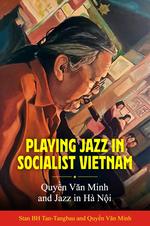