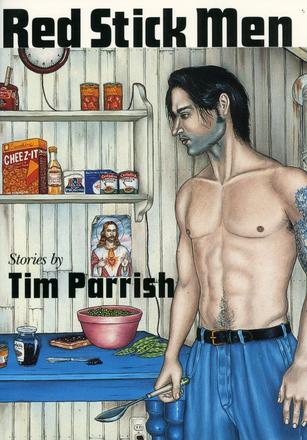 His characters in these nine working-class stories are by no means good-ole-boy clichés. These are blue-collar, urban southerners, trying to “do good”—or at least to find ways of doing less damage to themselves, their coworkers, and loved ones. They are always on the verge of disasters that emanate from the hard living they endure in the city they call “Red Stick. ”

Five of these stories follow a family from the face-to-face racial tensions of the 1960s through the distant CNN blare of the Persian Gulf War. Plotting a family's history—the ups and downs of a Vietnam vet, a mother with lupus, and a sensitive boy striving to understand his parents and neighbors—this quintet has the satisfying arc of a novella.

Other stories light the panorama of Baton Rouge with a refinery-fire glow. In “Roustabout” a New Wave rocker joins an oil platform crew and loses his heart to a woman engineer and a male crewman. In “Smell of a Car” a pipe-supply worker tries to aid a gunshot victim and his daughter, only to find his own life is in shambles. In “After the River” wayward lovers find meaning in the midst of a catastrophic flood.

The absurd complexities of life in industrial south Louisiana propel these stories. Each is connected by Parrish's unique sense of Baton Rouge as an Old South city made exotic and forbidding by its New South problems—crack houses and handguns, layoffs and grinding wages, pollution and isolation.

War, hard times, and a landscape always on the edge of apocalypse from flood and fire haunt the children and working stiffs of his stories. Parrish captures the ironic humor of people who live on oozing ground near a horizon that burns at night. His Louisiana is bizarre and beautiful, tragic and hilarious.

In Parrish's Baton Rouge, every block seems like the wrong side of the tracks. Racism is as thick as the humidity and every living room window harbors domestic violence, incest, or just plain odd behavior. This accomplished first collection of nine terse stories showcases both Baton Rouge and the people that emerge from its rough houses, where $7 an hour is a wage to make a person grateful. In the first story, “It Pours,” a family listens to a cassette tape the oldest son has sent back from Vietnam, the soldier's voice “halting and without energy. ” Meanwhile, heavy rains threaten to overwhelm the house across the street, and the owner seems disinclined to do anything about it. In “Bonnie Ledet,” a boy named Jeb befriends some new neighbors, two brothers and a sister. They're a rough bunch, and Jeb's attraction to the sister, Bonnie, isn't without consequences. “Exterminator” brings a young man into a series of houses filled with pests, while his outside life proves just as messy. “Roustabout” leaves Baton Rouge for a nearby oil rig. There, a young worker finds himself in a relationship that challenges the boundaries of the tough roustabout world. Parrish knows Louisiana and he understands these beat cops, oil workers, and exterminators, illuminating their everyday travails and inner lives even in the darkest corners.

A refreshing—at times inspirational—debut collection about hard-working people trying to do the right thing. Parrish's Red Stick men are blue-collar folk living along the lower Mississippi. Their lives are buffeted by high water, high winds, and the ups and downs of the oil industry. (“Red Stick” is a nickname for Baton Rouge, referring to a bloodstained tree used by Indians as a tribal boundary. ) “It Pours” is a charming coming-of-age story about a preteen named Jeb, who learns about his father's strengths and weaknesses as flood waters creep up their street. In “Complicity,” after being warned not to fight with the “confused” boy living next door, he becomes confused himself as the boy's policeman father beats up his wife and blames it on “a nigra man. ” Jeb learns even more about abuse and bigotry when a family of poor Cajuns moves into the neighborhood (“Bonnie Ledet”). In “Hardware Man” Jeb's older brother Bob, after a series of failed jobs, is working for seven bucks an hour at Leenks Hardware Store when an explosion at the nearby refinery brings bitter memories of his mother's death. In “Exterminator” Bob, now fighting termites and cockroaches for a living, encounters an old flame who's been roughed up by her new boyfriend. In “Free Fall” a welder considers jumping to his death, while in “The Smell of a Car,” a foreman gets involved in the lives of total strangers when he witnesses the shotgun killing of a truck driver. “After the River” is a bizarre, Dali-esque story about Louisiana being washed away by the angry Mississippi. Parrish covers a lot of ground-the '60s, '70s, '80s; the wars in Vietnam, Panama, and the Persian Gulf; bigotry, violence, and the forces of nature—but at the heart of every story is the very familiar human need for love, respect, and understanding. Fine work.

Headlong, funny, sharply observed, the stories of Red Stick Men are a joy to read. Tim Parrish is a splendid writer with a remarkable literary future.

The whole of the book forms an expressionistic piece with a surrealistic edge. These stories just go all the way.

Other Books By Tim Parrish 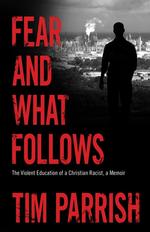 Fear and What Follows