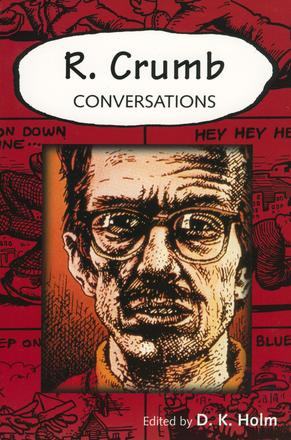 In this collection of interviews that spans from the late 1960s to the beginning of the twenty-first century, the comic artist proves to be iconoclastic, opinionated, and impervious to the commercial moods of the public

R. Crumb's illustrations have appeared on the covers of albums by Big Brother and the Holding Company, on bootlegged T-shirts, and in several underground newspapers. He is, however, first and foremost, known as the father of underground comics and for work that paved the way for both satirical comics and autobiographical work in the comics medium.

He has been compared favorably to Brueghel, demonized as a misogynist, defended by feminists, and portrayed as the subject of Crumb, an award-winning documentary film. Having created such iconic characters as Mr. Natural, Fritz the Cat, and even himself as part of his cartoon universe, R. Crumb (b. 1943) is firmly established as one of the most significant, controversial, and technically gifted cartoonists of the second half of the twentieth century.

R. Crumb: Conversations collects interviews that span the late 1960s to the beginning of the twenty-first century. In these Crumb proves to be iconoclastic, opinionated, and--despite his celebrity--impervious to the commercial moods of the public.

Crumb appears alternately as neurotic, witty, acerbic, gentlemanly, cruel, verbose, and reticent. His persona in comics form (as an unattractive, continually nervous, lecherous, obsessive man) is both confirmed and challenged by the person who emerges from these interviews.

Gathered here are interviews and profiles that extend over the various periods and events in his life and work, including his early days as a countercultural figure in San Francisco, his verging on a nervous breakdown after the release of the X-rated film Fritz the Cat, his editing the groundbreaking comics anthology Weirdo, his move to France in the 1990s, and the resurgence of his popularity when Crumb was released.

Other Books By D. K. Holm 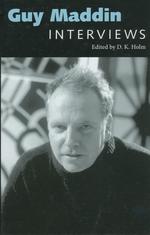