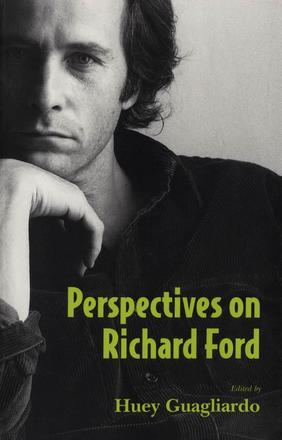 This is the first book-length examination of the fiction written by Richard Ford, who gained critical acclaim for The Sportswriter, the story of suburbanite Frank Bascombe's struggle to survive loneliness and great loss. That novel, published in 1986, struck a chord with readers and reviewers alike, and Ford, a little-known writer who had for a time considered giving up the writing of fiction, was suddenly hailed in Newsweek as “one of the best writers of his generation. ”

The Sportswriter, along with its 1995 sequel Independence Day, which became the first novel to win both the Pulitzer Prize and the PEN/Faulkner Award, made Ford's Frank Bascombe as much a part of the American literary landscape as John Updike's Rabbit Angstrom.

With three other novels, a well-received volume of short stories, and a trilogy of novellas to his credit, Ford is now firmly established as a major figure among writers of the post-World War II generation.

Perspectives on Richard Ford is the first collection of essays to study the body of Ford's fiction. The nine essays demonstrate that Ford, like few other writers of his time, powerfully depicts what it feels like to live in the secular late-twentieth-century world, a dangerous and uncertain place where human relationships are impoverished and where human existence is often characterized by emptiness, solipsism, and, above all, by a sense of alienation. The contributors tend to view Ford's narratives of alienation in a broad cultural context. His works dramatize the breakdown of the institutions of marriage, family, and community. His protagonists often typify the rootlessness and the nameless longing pervasive in a highly mobile, present-oriented society in which individuals, having lost a sense of the past, relentlessly pursue their own elusive identities in the here and now.

The collection, which concludes with a compelling conversation between Ford and the editor, will prove to be an essential companion to the work of one our most intriguing contemporary writers.

Other Books By Huey Guagliardo