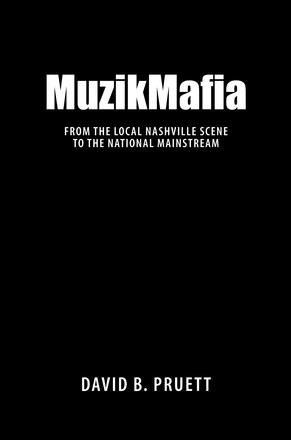 From the Local Nashville Scene to the National Mainstream

By David B. Pruett
Series: American Made Music Series

How a group of industry outsiders became popular music sensations

In October 2001, an unlikely gathering of musicians calling itself the MuzikMafia took place at the Pub of Love in Nashville, Tennessee. "We had all been beat up pretty good by the 'industry' and we told ourselves, if nothing else, we might as well be playing muzik," explains Big Kenny of Big and Rich. For the next year and a half, the MuzikMafia performed each week and garnered an ever-growing, dedicated fan base.

This book explores how a set of shared beliefs created a bond that transformed the MuzikMafia into a popular music phenomenon. David B. Pruett examines the artists' coalition from the inside perspective he gained in five years of working with them. Looking at all aspects of the collective, MuzikMafia documents the problems encountered along the ascent, including business difficulties, tensions among members, disagreements with record labels, and miscalculations artists inevitably made before the MuzikMafia unofficially dissolved in 2008. A final section examines hope for the future: the birth of Mafia Nation in 2009.