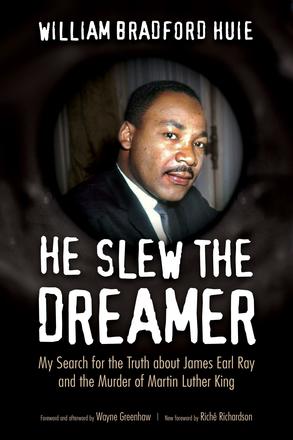 He Slew the Dreamer

Author William Bradford Huie was one of the most celebrated figures of twentieth-century journalism. A pioneer of "checkbook journalism," he sought the truth in controversial stories when the truth was hard to come by. In the case of James Earl Ray, Huie paid Ray and his original attorneys $40,000 for cooperation in explaining his movements in the months before Martin Luther King’s assassination and up to Ray’s arrest weeks later in London. Huie became a major figure in the investigation of King’s assassination and was one of the few persons able to communicate with Ray during that time.

Huie, a friend of King, writes that he went into his investigation of Ray believing that a conspiracy was behind King’s murder. But after retracing Ray’s movements through California, Louisiana, Mexico, Canada, Atlanta, Birmingham, Memphis, and London, Huie came to believe that James Earl Ray was a pathetic petty criminal who hated African Americans and sought to make a name for himself by murdering King. He Slew the Dreamer was originally published in 1970 soon after Ray went to prison and was republished in 1977, but was out of print until the 1997 edition, published with the cooperation of Huie’s widow.

This new edition features an essay by scholar Riché Richardson that provides fresh insight, and it includes the 1977 prologue, which Huie wrote countering charges by members of Congress, the King family, and others who claimed the FBI had aided and abetted Ray.

In 1970, 1977, 1997, and now, He Slew the Dreamer offers a remarkably detailed examination of the available evidence at the time the murder occurred and an invaluable resource to current debates over the King assassination.

"The story that [Huie] tells in this book is important to revisit a half century after the assassination not only because so many questions still remain, but also because of lessons that we can draw from it to ponder some of the most important stories of our time, including several national tragedies. "

- from the new foreword by Riché Richardson 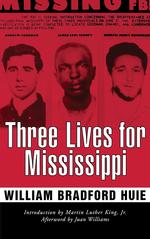