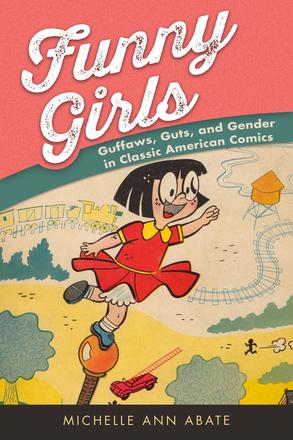 For several generations, comics were regarded as a boys’ club—created by, for, and about men and boys. In the twenty-first century, however, comics have seen a rise of female creators, characters, and readers. While this sudden presence of women and girls in comics is being regarded as new and noteworthy, the observation is not true for the genre’s entire history.

Throughout the first half of the twentieth century, the medium was enjoyed equally by both sexes, and girls were the protagonists of some of the earliest, most successful, and most influential comics. In Funny Girls: Guffaws, Guts, and Gender in Classic American Comics, Michelle Ann Abate examines the important but long-overlooked cadre of young female protagonists in US comics during the first half of the twentieth century. She treats characters ranging from Little Orphan Annie and Nancy to Little Lulu, Little Audrey of the Harvey Girls, and Li’l Tomboy—a group that collectively forms a tradition of Funny Girls in American comics.

Abate demonstrates the massive popularity these Funny Girls enjoyed, revealing their unexplored narrative richness, aesthetic complexity, and critical possibility. Much of the humor in these comics arose from questioning gender roles, challenging social manners, and defying the status quo. Further, they embodied powerful points of collection about both the construction and intersection of race, class, gender, and age, as well as popular perceptions about children, representations of girlhood, and changing attitudes regarding youth. Finally, but just as importantly, these strips shed light on another major phenomenon within comics: branding, licensing, and merchandising. Collectively, these comics did far more than provide amusement—they were serious agents for cultural commentary and sociopolitical change.

"Extremely well-researched and well-organized . . . The writing is clear, concise, and engaging. "

"Despite its relatively short length, Funny Girls: Guffaws, Guts, and Gender in Classic American Comics is a comprehensive and well-written book that may inspire fellow comic-book scholars to analyse other preadolescent characters, such as Little Dot, Little Lotta or Li’L Jinx, only briefly mentioned by Abate. It is also intersectional. Although Abate reads most of the examined characters as mostly defying traditional gender and social norms, she also emphasises the fact that all of them are white, revealing the racialised ways girlhood and childhood innocence were constructed in the first half of the twentieth century. "

"This is a highly readable, engaging discussion of five popular Funny Girls whose history and contribution to comics have been overlooked by comics historians and scholars. The deft blend of comics history and the cultural history of topics as diverse as the shifting perceptions of gender and childhood and the ways in which young girls both conformed to and defied the norms of the 1950s demonstrates, once again, that a close study of these comics—and comics in general—makes a rich contribution to our understanding of how society and culture are reflected in and influenced by comics. "

- Amy Kiste Nyberg, author of Seal of Approval: The History of the Comics Code and associate professor of journalism at Seton Hall University

Other Books By Michelle Ann Abate 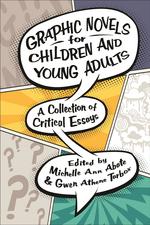