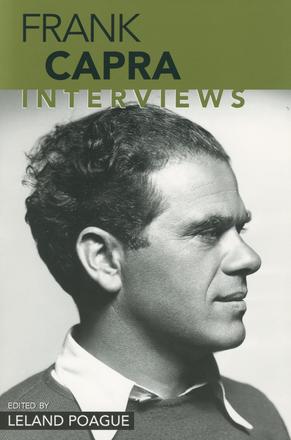 Few Hollywood directors had a higher profile in the 1930s than Frank Capra (1897-1991). He served as president of the Academy of Motion Picture Arts and Sciences and of the Screen Directors Guild. He won three Academy Awards as best director and was widely acclaimed as the man most responsible for making Columbia Pictures a success.

This popularity was established and sustained by films that spoke to and for the times—It Happened One Night, Mr. Deeds Goes to Town, Meet John Doe, and Mr. Smith Goes to Washington. These replicated the nation's hopes and dreams for a national community. He worked with some of the brightest stars in Hollywood—James Stewart, Clark Gable, Jean Arthur, Gary Cooper, Barbara Stanwyck, Claudette Colbert, Bette Davis, Donna Reed, and Ann-Margret.

Capra's interviews express his connection to the national audience and explore his own story. He was a Sicilian immigrant boy who survived rough-and-tumble beginnings to become Hollywood's most bankable director. In reflecting on his life, almost every one of his films was a parable of acclaim verging on disaster. He spent much of the 1940s in uniform while making films for the War Department. Although Capra was an optimist, World War II and his series of Why We Fight films called his legendary optimism into question. His postwar film It's a Wonderful Life (1946) gave an answer to those questions with an astonishing directness Capra never equaled again.

In 1971 he published his autobiography, The Name Above the Title. Many of the interviews collected here come from this period when, as an elder statesman of motion picture art and history, he reflected on his long career. The interviews portray the Capra legend vividly and demonstrate why the warm relations between Capra and his audiences continue to inspire acclaim and admiration.

Other Books By Leland Poague 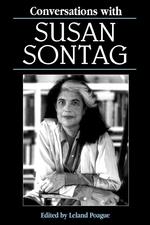