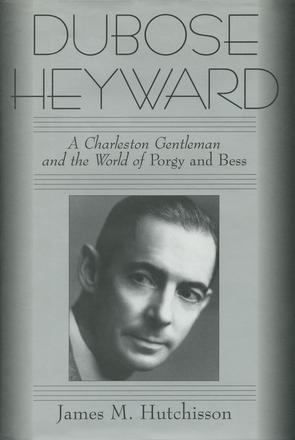 A Charleston Gentleman and the World of Porgy and Bess

In 1924 DuBose Heyward (1885-1940) was a businessman absorbed in his Charleston heritage. One year later he was the world-famous author of Porgy, the first major southern novel to portray blacks without condescension. Just a decade later George Gershwin had transformed Heyward's book into an opera that would become one of the most enduring masterworks of American music.

As a young man Heyward was immersed in the Gullah culture of his city. Especially through his mother, a performer and interpreter of Gullah life in folktale and song, he discovered the gateway into the fascinating world he would immortalize in the characters of Porgy, Bess, Maria, and other denizens of Charleston's Catfish Row. In this full-dress biography Heyward is seen for the first time as a southerner who overcame social restrictions to perceive humanity beyond the class and color lines. Drawing on nearly fifty years of private papers and on previously untapped personal correspondence, this book places Heyward in the social and cultural framework of his time and marks the power and empathy of his extraordinary achievement.

Until now, Heyward's role in the writing of George Gershwin's acclaimed opera Porgy and Bess has remained almost unknown. He wrote the libretto singlehandedly, and nearly half the arias are by him. Long thought to have been merely an assistant to Gershwin, he actually was involved in most phases of the production. Although the opera eclipsed Heyward's book, it was Gershwin's foundation stone.

Mainly known today as the author of Porgy, Heyward was a versatile artist equally at ease with verse, short fiction, novels, plays, and Hollywood screenwriting. He and his wife Dorothy helped to energize the nascent black theater movement in New York. A cofounder of the Poetry Society of South Carolina, the first regional poetry circle in America, Heyward became a vigorous promoter of southern writing that was to peak in the great southern literary renaissance.

Pulled by tradition into a way of life he did not completely accept, he developed a growing social conscience through writing. He began as a social conservative but ended his life as a staunch progressive committed to the advancement of African Americans.

Other Books By James M. Hutchisson 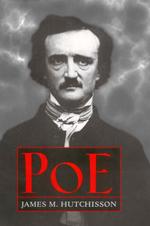 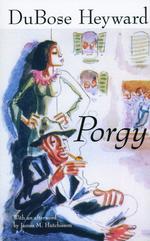 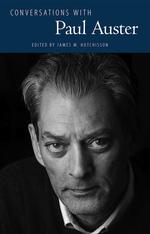