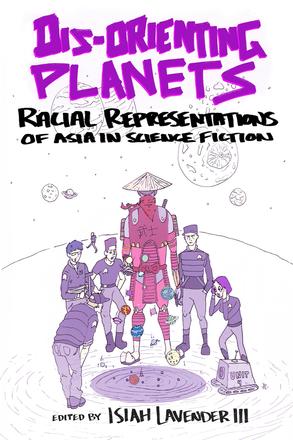 Dis-Orienting Planets highlights so-called yellow and brown peoples from the constellation of a historically white genre. The collection launches into political representations of Asian identity in science fiction's imagination, from fear of the Yellow Peril and its racist stereotypes to techno-Orientalism and the remains of a postcolonial heritage. Thus the essays, by contributors such as Takayuki Tatsumi, Veronica Hollinger, Uppinder Mehan, and Stephen Hong Sohn, reconfigure the very study of race in science fiction.

A follow-up to Lavender's Black and Brown Planets, this collection expands the racial politics governing the renewed visibility of Asia in science fiction. One of the few on this subject, the volume probes Gary Shteyngart's novel Super Sad True Love Story, the acclaimed film Cloud Atlas, and Guillermo del Toro's monster film Pacific Rim, among others. Dis-Orienting Planets embarks on a wide-ranging assessment of Asian representations in science fiction, upon the determination that our visions of the future must include all people of color.

"Nonfiction, a selection of seventeen essays looking at ways Asians are presented in SF literature, film, and fandom, from early racial stereotypes and fear of the Yellow Peril to techno-Orientalism"

"This collection provides valuable insights into the politics of race that continue to affect the production, distribution, and reception of SF as a genre. . . . These essays will be invaluable in current discussions of global SF and will leave the reader with the expectation of further disorientation. "

"The collection will be of use and of interest to scholars at a range of levels. "

Other Books By Isiah Lavender III 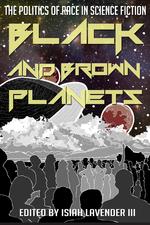