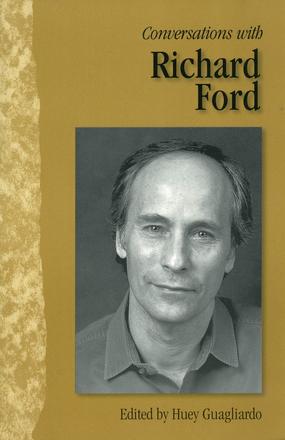 Pulitzer Prize--winning author Richard Ford is a leading figure among American writers of the post--World War II generation. His novel The Sportswriter (1986), along with its sequel Independence Day (1995)--the first novel to win both the Pulitzer Prize and the PEN/Faulkner Award in the same year--made Frank Bascombe, Ford's suburban Everyman, as much a part of the American literary landscape as John Updike's Rabbit Angstrom. With three other novels, a critically acclaimed volume of short stories, and a trilogy of novellas to his credit, Ford's reputation and his place in the canon is certainly secure.

In Conversations with Richard Ford, the first collection of this author's interviews and profiles, editor Huey Guagliardo has gathered together twenty-eight revealing conversations spanning a quarter of a century.

These show that Ford is a writer of paradoxes. He was born in the South, but unlike many southern-born writers of his generation he eschews writing set in just one region. When his first novel, A Piece of My Heart (1976), was so often compared to William Faulkner's work, Ford disdained setting another novel in his native South.

A recurring question that Ford addresses in these interviews is his view of the role of place in both his fiction and his life. "I need to be certain that I have a new stimulus," he says, explaining his traveling lifestyle. Not wishing to be confined by place in his writing any more than in his own life, Ford rejects the narrow concerns of regionalism, serving notice in several interviews that he is interested in exploring the entire country, that his goal is "to write a literature that is good enough for America. "

Ford also discusses the broader themes of his work, such as the struggle to overcome loneliness, the consoling potential of language, and the redeeming quality of human affection. This American writer talks extensively about his abiding devotion to language and of his profound belief in the power of narrative to forge human connections. Words, Ford says, can "narrow that space Emerson calls the infinite remoteness that separates people. "

The interviews also provide rare glimpses into the personal life of this intriguing and complex man. Ford discusses his fondness for motorcycles, Brittany spaniels, bird hunting, fishing, and Bruce Springsteen. He also talks about his reputation as a "tough guy," shares his political views, and admits to being "drawn to places where life is a little near the edge. "

Other Books By Huey Guagliardo 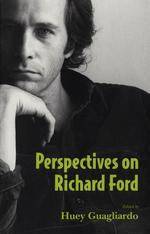