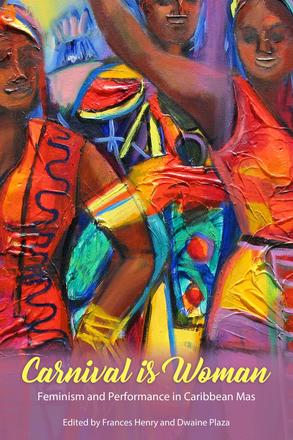 Feminism and Performance in Caribbean Mas

Women are performing an ever-growing role in Caribbean Carnival. Through a feminist perspective, this volume examines the presence of women in contemporary Carnival by demonstrating not only their strength in numbers, but also the ways in which women participate in the event.

While decried by traditionalists, the bikinis, beads, and feathers of “pretty mas’” convey both a newly found empowerment as a gendered resistance to oppression from men. Although research on Carnivals is substantial, especially in the Americas, the subject of women in Carnival as a topic of inquiry remains fairly new.

These essays address anthropological and historical facets of women and their practices in the Trinidad Carnival, including an analysis of how women’s costuming and performance have changed over time. The modern costumes, which are well within the financial means of most mas’ players, demonstrate the new power of women who can now afford these outfits.

In discussing the commodification and erotization of Carnival, the book emphasizes the unveiling of the female body and the hip-rolling sexual movements called winin or it. Through display of their bodies, contemporary women in Carnival express a form of female resistance. Intent on enjoying and expressing themselves, they seem invigorated by their place in the economy, as well as their sexuality, defying the moral controls imposed on them.

Through an array of methods in qualitative research, including interviews, participant observation, and ethnography, this volume explains the new power of women in the evolution of Carnival mas’ in Trinidad amid the wider Caribbean diaspora.

This is a timely and relevant collection of essays on women in Carnival. It provides important insights into women’s presentation of self and sexuality in the liminal space of the Carnival. Moreover, it makes a valuable contribution to the phenomenology of revelry and the field of entertainment in Trinidad and Tobago.

- Linden F. Lewis, professor of sociology at Bucknell University and coauthor of Caribbean Masala: Indian Identity in Guyana and Trinidad 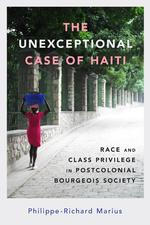