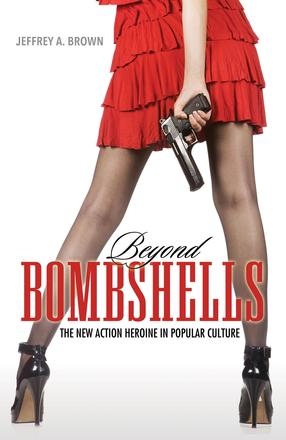 By Jeffrey A. Brown

A full exploration of the heroine in movies, comic books, television, and literature

Beyond Bombshells analyzes the cultural importance of strong women in a variety of current media forms. Action heroines are now more popular in movies, comic books, television, and literature than they have ever been. Their spectacular presence represents shifting ideas about female agency, power, and sexuality. Beyond Bombshells explores how action heroines reveal and reconfigure perceptions about how and why women are capable of physically dominating roles in modern fiction, indicating the various strategies used to contain and/or exploit female violence.

Focusing on a range of successful and controversial recent heroines in the mass media, including Katniss Everdeen from The Hunger Games books and movies, Lisbeth Salander from The Girl with the Dragon Tattoo novels and films, and Hit-Girl from the Kick-Ass movies and comic books, Jeffrey A. Brown argues that the role of action heroine reveals evolving beliefs about femininity. While women in action roles are still heavily sexualized and objectified, they also challenge preconceived myths about normal or culturally appropriate gender behavior. The ascribed sexuality of modern heroines remains Brown's consistent theme, particularly how objectification intersects with issues of racial stereotyping, romantic fantasies, images of violent adolescent and preadolescent girls, and neoliberal feminist revolutionary parables.

Individual chapters study the gendered dynamics of torture in action films, the role of women in partnerships with male colleagues, young women as well as revolutionary leaders in dystopic societies, adolescent sexuality and romance in action narratives, the historical import of nonwhite heroines, and how modern African American, Asian, and Latina heroines both challenge and are restricted by longstanding racial stereotypes.

"Using both cultural studies theory and genre analysis, Brown constructs compelling arguments for shifting change that does not have to include either blind cheerleading for (post)feminist progress or pessimistic determinism that action heroines will only ever be valued by their subjugation to the male gaze. Brown's message, like the reality he studies, is incredibly nuanced; progress is often accompanied by stagnation. "

Other Books By Jeffrey A. Brown 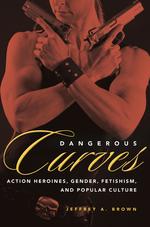