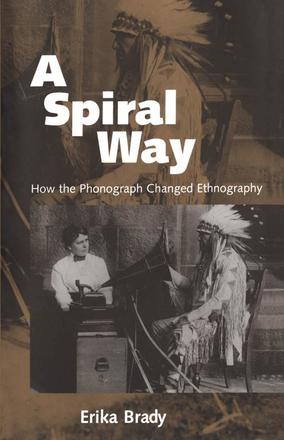 How the Phonograph Changed Ethnography

The invention of the cylinder phonograph at the end of the nineteenth century opened up a new world for cultural research. Indeed, Edison's talking machine became one of the basic tools of anthropology. It not only equipped researchers with the means of preserving folk songs but it also enabled them to investigate a wide spectrum of distinct vocal expressions in the emerging fields of anthropology and folklore. Ethnographers grasped its huge potential and fanned out through regional America to record rituals, stories, word lists, and songs in isolated cultures.

From the outset the federal government helped fuel the momentum to record cultures that were at risk of being lost. Through the Bureau of American Ethnology, the Smithsonian Institution took an active role in preserving native heritage. It supported projects to make phonographic documentation of American Indian language, music, and rituals before developing technologies and national expansion might futher undermine them.

This study of the early phonograph's impact shows traditional ethnography being transformed, for attitudes of both ethnographers and performers were reshaped by this exciting technology. In the presence of the phonograph both fieldwork and the materials collected were revolutionized. By radically altering the old research modes, the phonograph brought the disciplines of anthropology and folklore into the modern era.

At first the instrument was as strange and new to the fieldworkers as it was to their subjects. To some the first encounter with the phonograph was a deeply unsettling experience. When it was demonstrated in 1878 before members of the National Academy of Sciences, several members of the audience fainted. Even its inventor was astonished. Of his first successful test of his tinfoil phonograph, Thomas A. Edison said, "I was never taken so aback in my life. "

The cylinders that have survived from these times offer an unrivaled resource not only for contemporary scholarship but also for a grassroots renaissance of cultural and religious values. In tracing the historical interplay of the talking machine with field research, A Spiral Way underscores the natural adaptablity of cultural study to this new technology.