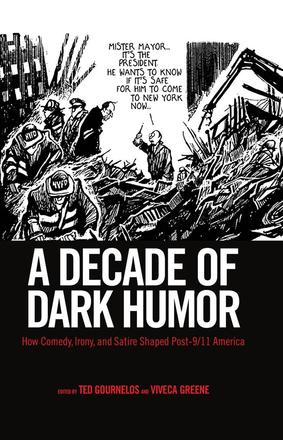 A Decade of Dark Humor

A Decade of Dark Humor analyzes ways in which popular and visual culture used humor-in a variety of forms-to confront the attacks of September 11, 2001 and, more specifically, the aftermath. This interdisciplinary volume brings together scholars from four countries to discuss the impact of humor and irony on both media discourse and tangible political reality. Furthermore, it demonstrates that laughter is simultaneously an avenue through which social issues are deferred or obfuscated, a way in which neoliberal or neoconservative rhetoric is challenged, and a means of forming alternative political ideologies.

Along with examining the rhetorical methods and aesthetic techniques of these productions, the essays place each in specific political and journalistic contexts, showing how corporations, news outlets, and political institutions responded to-and sometimes co-opted-these forms of humor.

"A Decade of Dark Humor explores the uncertain intersections of trauma, power, and dissent that have defined the United States following 9/11. Impressive for its depth and breadth, it makes a major contribution to our understanding of the complex role irony and satire play during decidedly unfunny times."

- Geoffrey Baym, associate professor of media studies at the University of North Carolina Greensboro, author of From Cronkite to Colbert, and coeditor of the collection Not Necessarily the News?